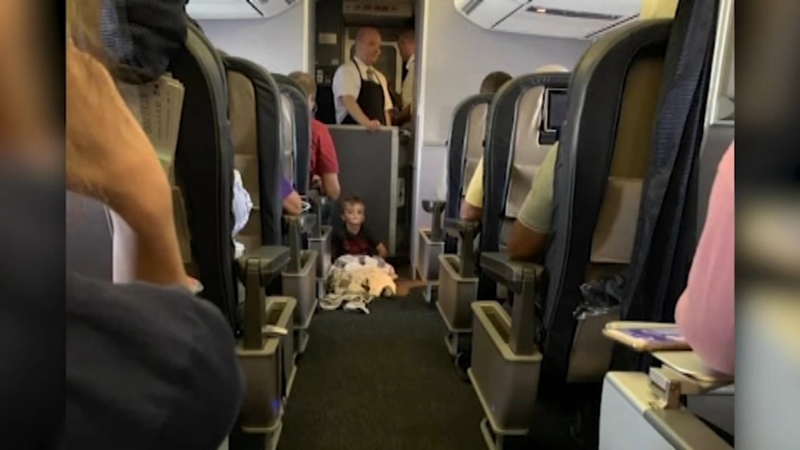 Flight attendants on a United Airlines flight from San Diego to Houston helped a 4-year-old boy with autism when he didn't want to sit still during takeoff.

Braysen loves to fly but took off his seatbelt on a recent flight to Houston with his family.

After delaying takeoff, because he wanted to sit on the floor, flight attendants allowed Braysen to sit on his mother's lap during takeoff.

Once in the air, they moved Braysen to first class, where he could roam around however he wanted.