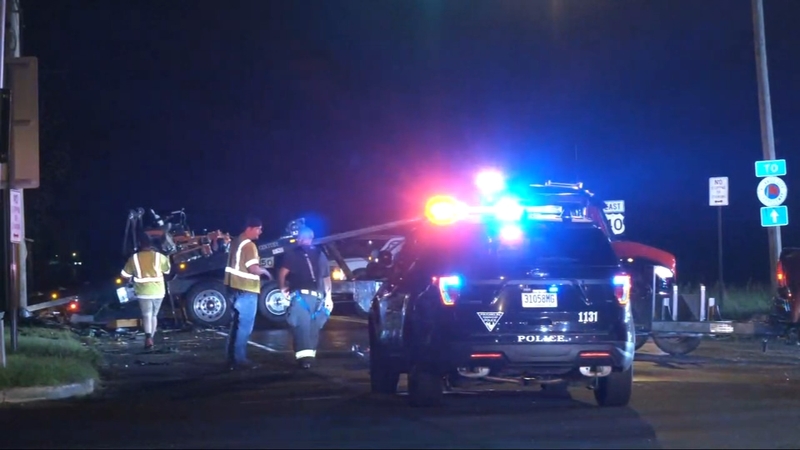 It happened around 1 a.m. at the intersection of Main Road and Harding Highway.

The impact of the crash trapped the driver of the SUV inside of their vehicle and sent more than 50 boxes of bees spilling onto the highway.

Several of the boxes of bees broke open and began to swarm first responders. Crews wore special suits with hoods to help protect themselves from the bees as they worked to free the trapped driver.

Firefighters also doused the bees with water in an effort to protect the medics and firefighters at the scene.

Crews eventually freed the driver who was then taken to Cooper University Hospital in critical condition.

Officials said bees had entered the ambulance and presented a challenge to medics attempting to treat the driver.

A beekeeper was called to the scene and worked to contain the bees and get them back into the boxes.