Dylan Bond went searching for frogs at his aunt and uncle's house in Amity Township when he thought he found one.
WPVI
By Walter Perez 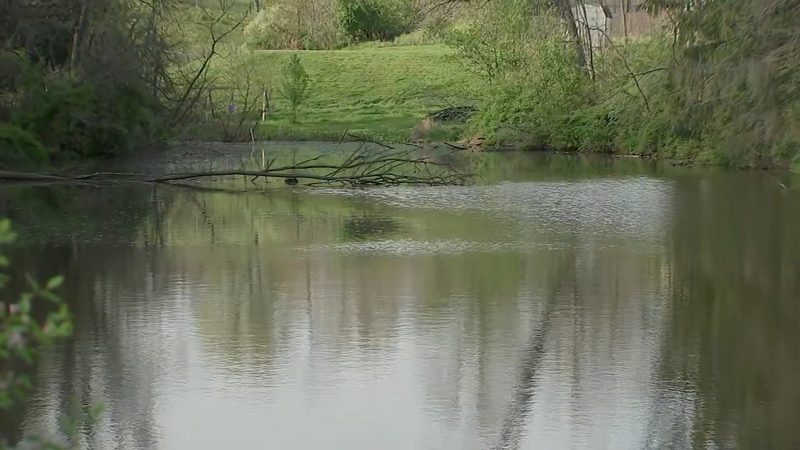 AMITY TWP., Pennsylvania (WPVI) -- Authorities in Berks County, Pennsylvania are investigating after a teenager found a human skull in a retention pond over the weekend.

Thirteen-year-old Dylan Bond went searching for frogs at his aunt and uncle's house in Amity Township Sunday when he thought he found a frog.

"I came across something on my toe and I looked down and I couldn't see it. But I scooped it up with my stick, and at first, I thought turtle," said Bond.

"I was freaked out... I'm only here for two days. I didn't think I was going to come across a human skull," said Bond.

Berks County District Attorney John Adams says his office has already started looking into the possibility that the skull might be linked to any cold cases over the past several years.

He admits, though, it will be a while before anything conclusive is confirmed.

The remains are now in the hands of forensic pathologists who are working to extract DNA from the skull with the hope of identifying the deceased.

"We are going to pursue every avenue that's available and possible to bring some closure to this, and hopefully we will be able to identify the person whose skull was found in this pond," said Adams.

So far, investigators have not been able to find any more human remains in the immediate area.

Adams is asking anyone who might have information about this case to call the Berks County Prosecutor's Office.