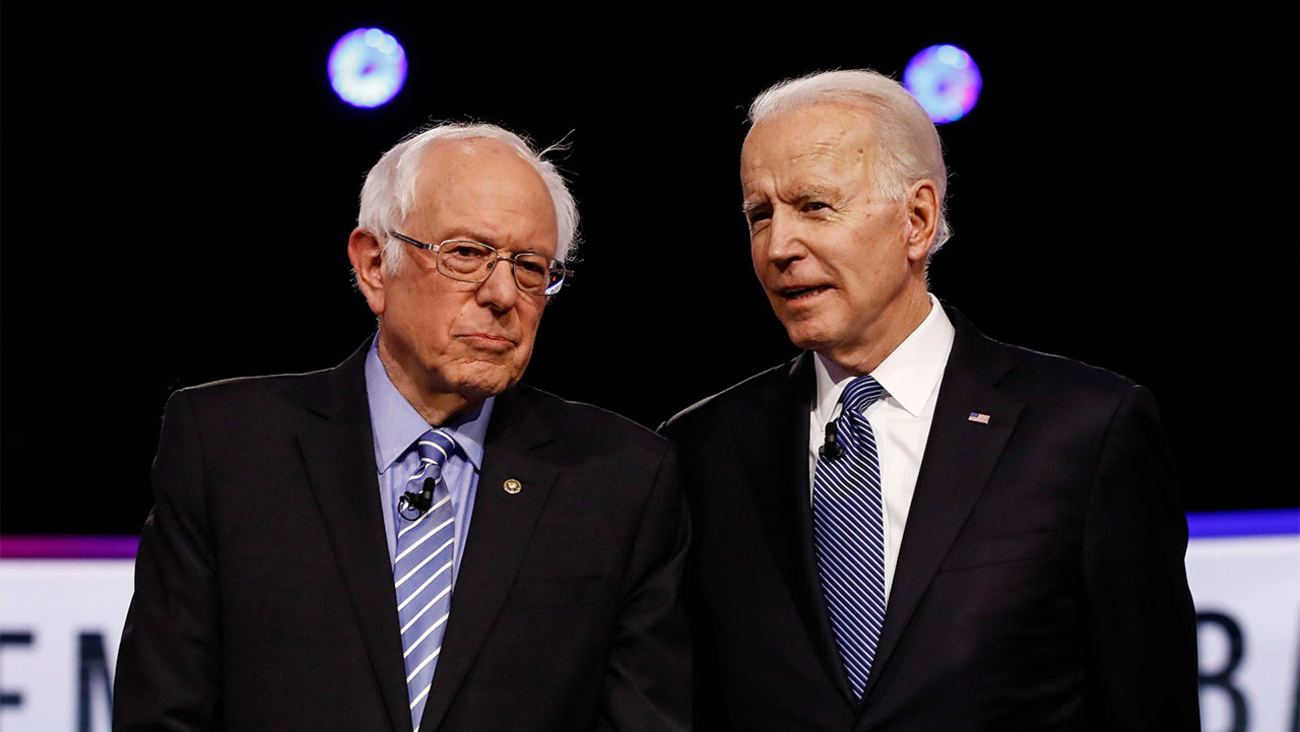 Sanders had been planning to speak at a convention center in Cleveland as results from six states voting in the Democratic presidential contests began rolling in. But he pulled the plug only about three hours before it was scheduled to start, and his campaign announced that decisions on future events would be made on a case-by-case basis.

"Out of concern for public health and safety, we are canceling tonight's rally in Cleveland. We are heeding the public warnings from Ohio state officials, who have communicated concern about holding large, indoor events during the coronavirus outbreak," Sanders' campaign spokesman, Mike Casca, said in a statement. "All future Bernie 2020 events will be evaluated on a case by case basis."

A Biden spokesman initially suggested the former vice president's own event in Cleveland would go on as scheduled, but his campaign subsequently released a statement saying it was off.

Ohio Gov. Mike DeWine declared a state of emergency after three individuals from Cuyahoga County, which includes Cleveland, tested positive for the virus that causes COVID-19.

The vast majority of people recover from the virus. According to the World Health Organization, people with mild illness recover in about two weeks, while those with more severe illness may take three to six weeks to do so.

Anthony Fauci, the nation's leading infectious disease expert, has stopped short of calling on candidates to put a pause on political rallies. But he also isn't faulting anyone who chooses to do so, saying that what "they're probably acting on is what they would consider for their citizens, an abundance of caution."

"I wouldn't criticize them for that. They're using their own individual judgment," Fauci said. "And to me, I think that that would be proven."

But he also added: "This is a something in motion. This is an evolving thing" so "if you're talking about a campaign rally tomorrow in a place where there is no community spread, I think the judgment to have it might be a good judgment."
Report a correction or typo
Related topics:
politicsohiobernie sanderscoronavirus2020 presidential electioncampaign
Copyright © 2021 by The Associated Press. All Rights Reserved.
More Videos
From CNN Newsource affiliates
TOP STORIES