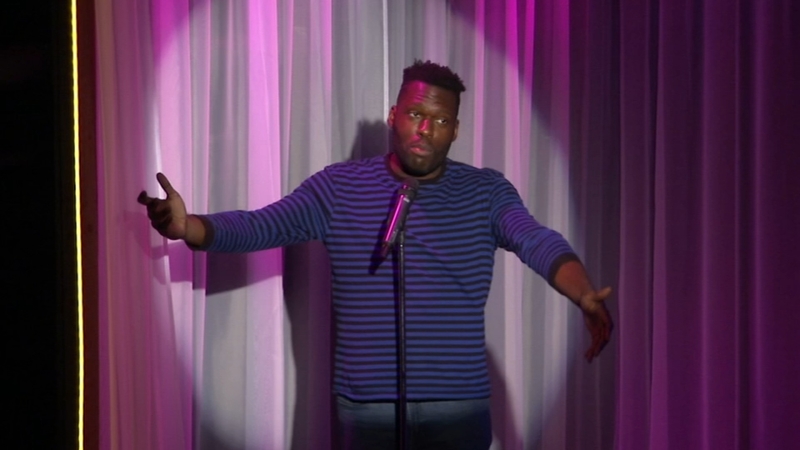 PHILADELPHIA (WPVI) -- The Arden Theatre in Old City just returned to live audiences and is staging a world premiere from a bestselling author and two-time Barrymore winner. Karen Rogers has the story in this week's 6abc Loves the Arts.

"There's a young man, late to mid early 30s, and he moves home to be with and care for his mother who's recently widowed," says Thomas.

The son, Avery, left his job working as a karaoke instructor on a cruise ship.

"Karaoke is a big theme in the play and there is a lot of actual karaoke," says Rebecca Wright, the plays Director.

You can expect to hear some favorites.

Thomas is known for books like Here for It and How to Save Your Soul in America.

The award-winning playwright got his start in Philadelphia, now he's writing for TV.

"Dickinson on Apple TV+, and the show Better Things on FX," says Thomas.

Backing Track was planned to run before the pandemic.

The themes are timely.

"The play touches on gentrification, climate change; How do we take care of our neighborhood?

"That feels really resonant for a lot of neighborhoods and communities in Philly," says Espinoza.

"Now that we are trying to rebuild the bridges between each other," says Thomas.

The title, Backing Track, refers to the background track in karaoke.

"That source of support when you're doing something hard," says Espinoza.

And it's a comedic tale about finding community in the face of loss and change.

"What's not to love?" says Espinoza.