These low job assessments have led to a new low in Biden's overall approval rating, measured by FiveThirtyEight at 43%.
ABCNews
By Brittany Shepherd 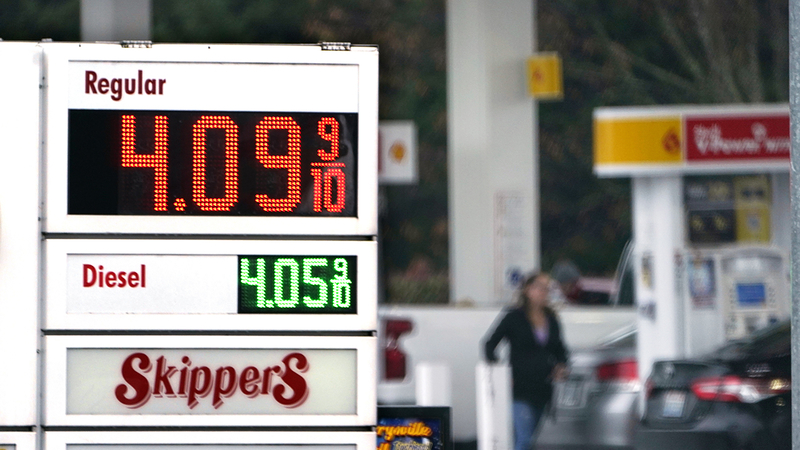 Prices for US consumers jumped 6.8% compared with year earlier

WASHINGTON -- President Joe Biden is facing significant skepticism from the American public, with his job approval rating lagging across a range of major issues, including new lows for his handling of crime, gun violence and the economic recovery, a new ABC/Ipsos poll finds.

As the White House confronts rising and widespread concern about inflation, Americans are especially negative on how the Biden administration is managing this issue.

More than two-thirds of Americans (69%) disapprove of how Biden is handling inflation (only 28% approve) while more than half (57%) disapprove of his handling of the economic recovery. Partisan splits for inflation show expected negativity in Republican views (94% disapproving), but the survey also reveals weaknesses from Biden's own party with only a slim majority of Democrats (54%) approving. Biden's orbit is also hemorrhaging independent voters, with 71% disapproving of his handling of inflation.

The ABC/Ipsos poll, which was conducted by Ipsos in partnership with ABC News using Ipsos' KnowledgePanel, reveals these rocky ratings for Biden at a time when the bulk of Americans name inflation and paying everyday bills as a top concern. Concern about inflation has eclipsed worry about the coronavirus pandemic, according to recent polls from Monmouth and AP-NORC, as Republicans continuously spotlight rising prices at the gas pump and the grocery store as a key issue for the upcoming midterm elections -- likely to be a referendum on Biden's performance.

These low job assessments in areas of high public concern have led to a new low in Biden's overall approval rating, measured by FiveThirtyEight at 43%.

The findings show Biden slightly above water in one sector: his handling of COVID-19. A slim majority (53%) of Americans approve of Biden's handling of the pandemic. Even so, Biden's COVID approval rating is now numerically at its lowest point in ABC/Ipsos polling since he took office, another warning sign for what might be a tough battle to maintain majorities in the U.S. House and Senate.

President Joe Biden urged Americans to get vaccinated including booster shots as he sought to quell concerns Monday over the new COVID-19 variant omicron.

The White House has expanded federal COVID-19 mitigation efforts as the delta and omicron variants spur stricter vaccination and mask requirements across the country.

Biden has stood by his politically controversial decision to require vaccinations for federal employees and all contractors, a move affecting millions of workers in the public and private sectors. The decision, challenged by state GOP lawmakers, was recently blocked by a U.S. District Court. That said, a bare majority of Americans (51%) are on Biden's side regarding vaccine mandates, and 7 in 10 Americans believe that mask mandates should remain the same or be more strict.

ABC News' chief Washington correspondent focuses on former President Donald Trump, the Jan. 6 insurrection and just how close the country came to the brink of chaos that day.

Biden also sees lagging support for his handling of rising rates of violence in many places across the county. As the national murder rates see historic jumps, only a little more than 1 in 3 Americans (36%) approve of Biden's handling of crime, down from 43% in an ABC News/Ipsos poll in late October. Similarly, approval of Biden's handling of gun violence is 32%, down from 39% in the October poll. That figure shrinks among nonpartisans with only 1 in 4 independents approving of Biden's work on gun violence.

A slim majority of Americans (51%) disapprove of Biden's handling of climate change. But a large majority of Democrats (81%) approve on this issue, despite some grumbling from progressives that the administration has not done enough. Soon after assuming office, Biden issued a series of executive orders in an attempt to reduce greenhouse emissions and pause new oil and gas leasing on federal property.

Biden's recent two-hour video call with Russian President Vladimir Putin did not appear to have impressed the American public. This poll finds that most Americans (55%) disapprove of how Biden is handling relations with Russia. Further, only 38% of Americans trust Biden to negotiate on America's behalf with Putin, which is down from 49% in an ABC News/Ipsos poll in June.

This ABC News/Ipsos poll was conducted using Ipsos Public Affairs' KnowledgePanel Dec. 10-11, 2021, in English and Spanish, among a random national sample of 524 adults. Results have a margin of sampling error of 5.0 points, including the design effect. Partisan divisions are 29-25-36%, Democrats-Republicans-independents. See the poll's topline results and details on the methodology here.