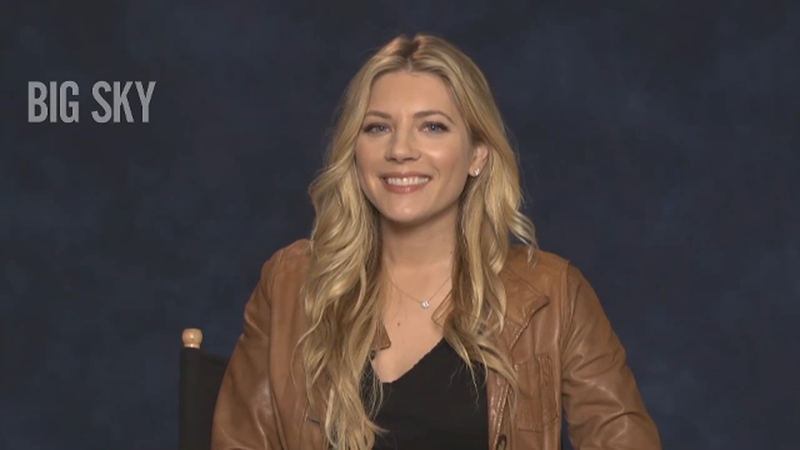 NEW YORK -- ABC's newest drama "Big Sky" is back with a new episode after its big premiere twist.

"It's nice to be working in this crazy pandemic, we're one of the lucky ones," she said.

Even though there was that shocking twist with Ryan Phillippe's character "Cody," we will still be seeing more of him.

"It is not the last of Cody that's for sure," she said. "Even though he isn't in the show anymore he's still very much a part of it and the underlying tension between Jenny and Cassie's character and the threat that has been keeping us together and motivated us in solving this case and finding him and finding out what happened to him."

There are still a lot of mysteries to unfold as the characters search for closure and answers. Winnick promises the twists didn't end with the first episode.

"Viewers are going to be thrilled and shocked and surprised and entertained," she said.

#BigSky is the “best broadcast show of 2020.” See what happens after that shocking twist TONIGHT at 10|9c on ABC! pic.twitter.com/0qFd47Znv0