WPVI
By Jeff Skversky
PHILADELPHIA (WPVI) -- New Castle, Delaware native Billy Sullivan passed on pitching for the Philadelphia Phillies three years ago when they drafted him in the 28th round.

When they came calling again, days after the draft, offering a free-agent deal, the University of Delaware pitcher could not throw away a second shot to play for his favorite team.

"I'm so excited! I have grown up a Phillies fan been a diehard Phillies fan my whole life. Now to be actually in the organization, a professional athlete, for my favorite team, it's really a dream come true," Sullivan tells 6abc sportscaster Jeff Skversky.

Sullivan did have a tough decision to make. Seven or eight teams were aggressively trying to sign him after the shortened MLB Draft.

It came down to the Phillies and Dodgers.

As he was talking it over with his family the phone rang it was Phillies manager Joe Girardi.

"Luckily I picked up. It was a random call. I had no idea he was calling. When I picked up I was in shock, I was speechless for the first couple of seconds. I was like I'm really talking to Joe Girardi right now. It was pretty cool," Sullivan recalls about the shocking moment.

"I sold Billy on the Philadelphia Phillies," Phillies manager Joe Girardi says about the conversation with Sullivan. "Look, I wanted to play for my boyhood dream team the Chicago Cubs and I got a chance to do it and it was awesome. Billy you do the same thing, you can reach the big leagues."

And Sullivan's dream of pitching at Citizens Bank Park is within striking distance.

Sullivan says, "It was a tough decision but the Phillies have my heart, that's where I see my self in 3-4 years. Hopefully, I can bring a World Series back to the city of Philadelphia."

"Billy is going to be a big part of our organization," said Girardi says.

With Minor League Baseball not expected to be played, Sullivan is hearing he could go to Clearwater in August for an instructional league and intrasquad games.

After Tommy John surgery 15 months ago, and his college season shut down due to the coronavirus, he can't wait to get started with his dream job.
Report a correction or typo
Related topics:
sportsphiladelphiaaction news sportsphiladelphia philliesmlbcoronavirus
Copyright © 2020 WPVI-TV. All Rights Reserved.
ACTION NEWS SPORTS 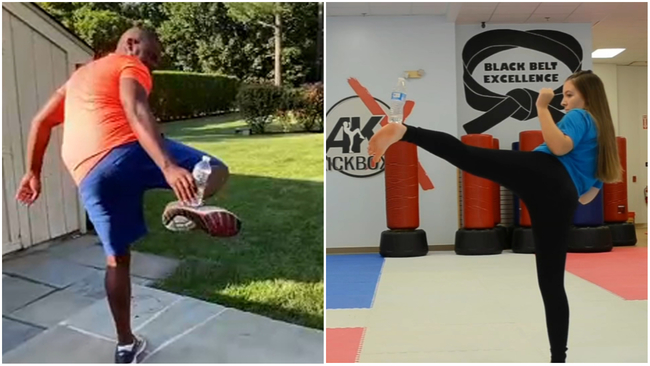