NJ police chief accused of driving under the influence, leaving scene of an accident 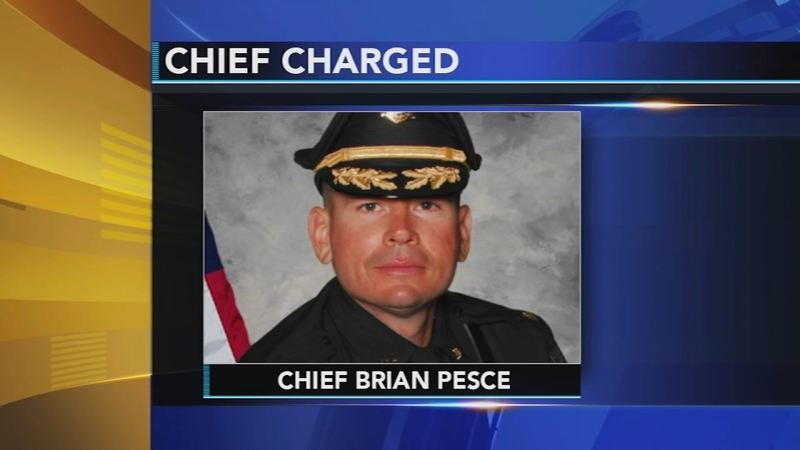 BORDENTOWN TWP., New Jersey (WPVI) -- Bordentown Township's police chief is accused of driving under the influence and leaving the scene of an accident after causing damage in a Mercer County neighborhood Friday night.

Chief Brian Pesce is facing violations of driving under the influence, careless driving, failure to report an accident and leaving the scene of an accident involving property damage.

Neighbors in the University Heights section of Hamilton Township were curious as to what happened Friday evening.

"I hope nobody was injured and I hope everybody was okay," said Shelly Bolton who drove past a large police presence at Bruin Drive and Terrapin Lane Friday night as she was headed grocery store.

Hamilton police say they were called there around 8:20 p.m.

"Ambulance, the back door was open. A bunch of police cars. It looked big because there were so many vehicles," said Bolton.

Police have released only a few details about what happened.

A neighbor who doesn't want to be identified said his mailbox was knocked down.

He said while he wasn't home, a police officer knocked on his door about an hour after the incident.

"Still pretty angry," he said, "kind of shaken up too. Luckily we weren't here, but I have three kids and my wife takes walks every night. I could've been putting the garbage out. It's just too close to home."

A block away, neighbors told us a stop sign was also knocked down and a temporary fix was made over the weekend.

Bordentown Township released the following statement Tuesday: "The Township Committee is aware of the traffic charges that have been issued to Chief of Police Brian Pesce as a result of a traffic incident on Friday night, April 22nd. At this time, Chief Pesce has been placed on restricted duty until further notice pending the investigation results."

We don't yet know who called 911 or how officers knew it was Pesce behind the wheel.

Action News reached out to Pesce on Tuesday but didn't hear back.