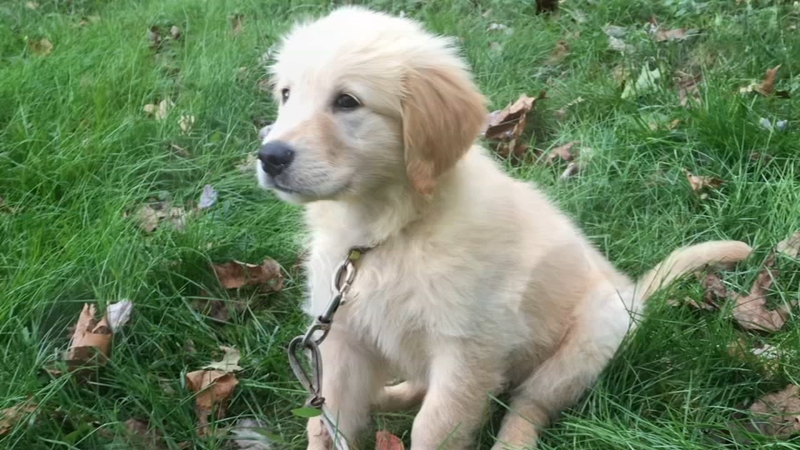 A warning about pet leasing agreements

MIDDLETOWN, N.J. (WPVI) -- We're all familiar with lease options when it comes to cars, apartments, and even cell phones. But some consumers are ending up in agreements for pet leasing.

The 6abc Action News Troubleshooters have been working with the Philadelphia Inquirer on this story and it is a must-see for any pet lover.

Cooper the Golden Retriever became a member of the Schall family when he was a puppy.

"He was so cute and cuddly," described Heather Schall.

It's hard to believe all that cuteness could prompt a lawsuit.

The Schalls got Cooper from Breeders Club of America, which they say advertised purebred Golden Retriever puppies for $100 to $500.

"That caught my attention because it's in my price range," Schall said.

When she and her sister went to the business in Middletown, New Jersey, Heather Schall said they were told the price had gone up to $3,700.

"I was shocked," Schall said.

The sisters said they were then put in a cubicle with Cooper for more than an hour.

"So that's their tactic," Schall said. "Obviously we fell in love with Cooper."

Schall said Breeders Club offered to put them on a payment plan.

"We thought we were buying him," she said. "They said nothing about leasing. I didn't even know it was a thing."

Schall's paperwork does say "pet lease agreement" on it but she said she wasn't able to review all the pages.

"She was holding it and she was just flipping it up," she said. "And we were just signing."

Schall said they learned of the lease when they called months later to pay off their $3,700 balance early. That's when they said they also realized, according to the lease with MyPetFunding, they were on the hook for over $5,000 and Breeders Club has the right to reclaim Cooper if the sisters failed to pay.

The Schalls are also upset because they said Cooper had a variety of medical issues that cost them nearly $1,300 in vet bills.

"We never got reimbursed for anything," Schall said.

The ASPCA sued several finance companies, including MyPetFunding, as well as Breeders Club of America on behalf of the Schalls.

"I think it should be shut down," Schall said.

"I feel they're fraudulent and deceptive," McNeill said. "Many people don't read the fine print; they're just so excited to bring that puppy home. They can threaten to take away your puppy and repossess it just like a car or a piece of furniture."

The Schall case was dismissed. The court said it should go to arbitration.

The Schalls told the Troubleshooters they decided to drop it for financial reasons. They do hope future families are protected.

"We were definitely taken advantage of," said Schall.

MyPetFunding did not respond to requests for comment from the Troubleshooters or the Inquirer.

Breeders Club of America claims it no longer leases pets. In court papers, the defendants claim the lease was explained to the Schalls before they signed.

The easy way to avoid a similar situation? Do not sign anything until you've read through the entire agreement. It is a red flag if a business won't give you a contract in advance or for you to take home.
Report a correction or typo
Related topics:
pets & animalsdogstroubleshooternew jersey newsaction news troubleshootersaction news investigationpet adoption
Copyright © 2022 WPVI-TV. All Rights Reserved.
TOP STORIES
AccuWeather: Spotty Showers Today
Officials ID 5 killed in Pottstown explosion; most were children
Official admits police made 'wrong decision' in TX shooting
Victim of elementary school attack says it could have been prevented
Police: Store owner robbed, assaulted with brick in North Philly
Dann Cuellar retires after 34 years at Action News
Another Trenton, NJ firehouse hit by gunfire
Show More
Rainy start to Memorial Day weekend at the Jersey Shore
Bank employees help kidnapped woman after she asks for loan
Massacre survivor says gunman told them: 'You're all gonna die'
4th grader 'did what she had to to survive' Uvalde shooting, aunt says
North Penn holds farewell parade for retiring superintendent
More TOP STORIES News