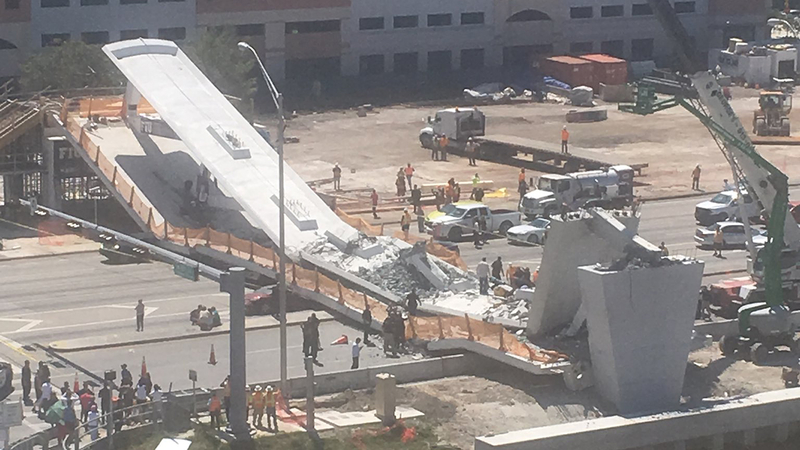 Florida International University bridge collapse: Everything we know so far

FIU Pres. Mark Rosenberg invited the university community and the general public to participate in the moment of silence at 1:47 p.m. local time.

"Our hearts continue to ache for the victims of the bridge collapse. Futures and families have been shattered. Our deepest condolences to the families and their friends," Rosenberg said in a video posted to the school's official Twitter account.

A message from President Rosenberg. Tomorrow we will have a moment of silence at 1:47p.m. Please join us wherever you are and keep the victims and the families in your thoughts. pic.twitter.com/P17gxhVWHt

Rosenberg extended thanks to first responders at the scene and Red Cross representatives who worked with victims' families.

He said the school had a sense of urgency in completing the investigation into the fatal collapse and pledged to cooperate fully with local authorities.

According to NTSB investigators, workers were trying to strengthen a diagonal member on the bridge when it collapsed. Robert Accetta, the investigator-in-charge for the NTSB, said crews were applying post-tensioning force, but investigators aren't sure if that's what caused the bridge to fall.

A bridge that collapsed at Florida International University was installed just days before the fatal accident.