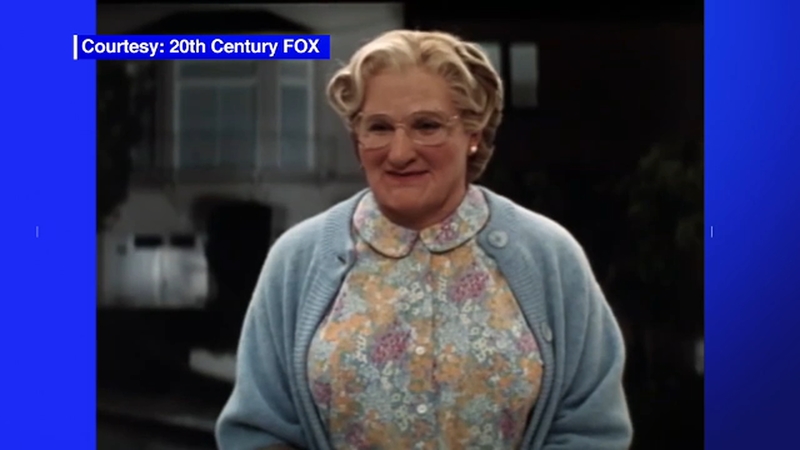 "Mrs. Doubtfire" will head to the Great White Way this spring

The adaptation of the 1993 movie starring Robin Williams and Sally Field has already been a smash hit in Seattle, reportedly bringing in more than 4.7 million dollars over just 42 performances.

Rob McClure ("Beetlejuice," "Something Rotten") will lead the cast as Daniel Hillard, an actor who creates a female alter-ego to pose as his children's nanny in order to spend time with them after losing custody in a divorce.

The rest of the cast will include Mark Evans ("The Play That Goes Wrong," "Waitress"), who will put a Broadway spin on Pierce Brosnan's character Stuart Dunmeyer, Miranda's new beau.

As for the Hillard kids, Analise Scarpaci ("Matilda the Musical," "A Christmas Story: The Musical") will play Lydia, Jake Ryan Flynn ("Charlie and the Chocolate Factory") is Christopher and Avery Sell will portray Natalie. Brad Oscar ("Something Rotten," "Big Fish") will take on Harvey Fierstein's colorful role as Uncle Frank Hillard.

Movies turned to Broadway shows can be hit or miss.

The "Tootsie" musical, based on the 1982 film, was critically acclaimed, but didn't hold up at the box office. It will close on Jan 5.

Conversely, the "Moulin Rouge!" musical, which is based on the 2001 Baz Luhrmann film, is currently a critical success.