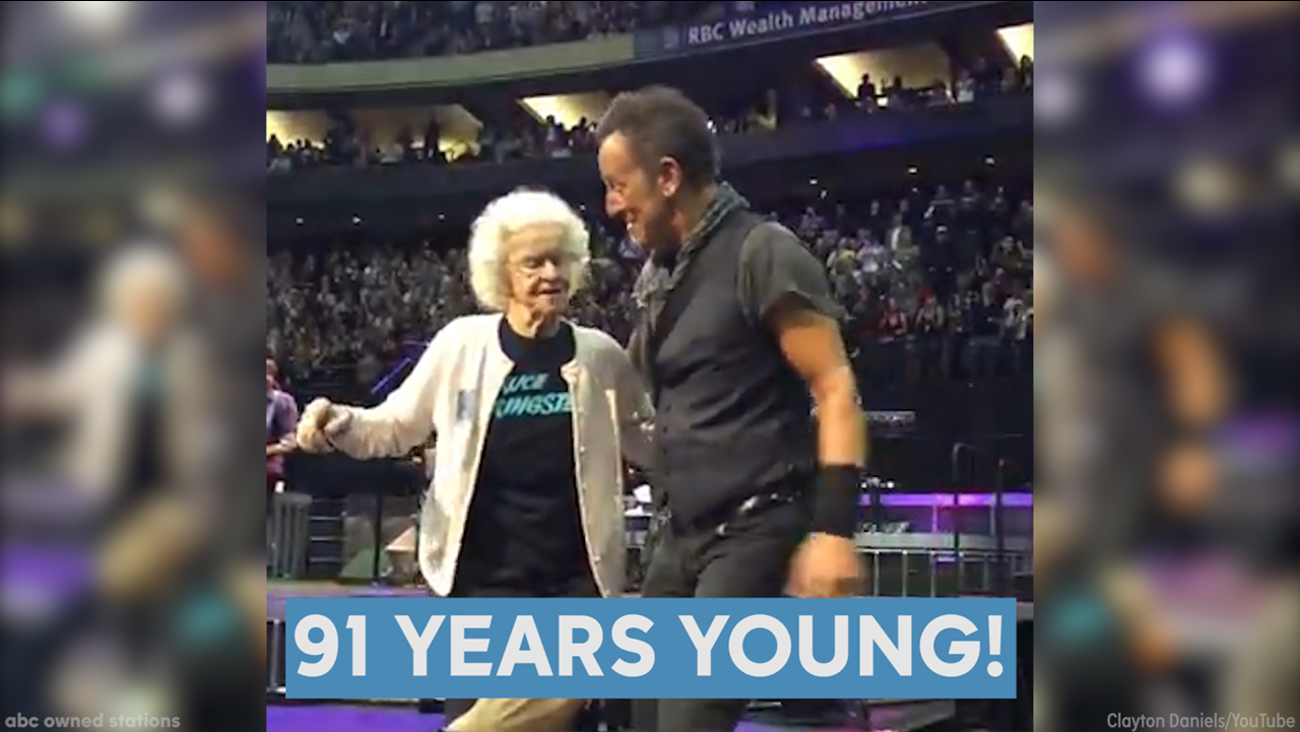 Bruce Springsteen shares a dance with 91-year-old Jeanne Heintz at his concert in St. Paul, Minn. on Feb 29. (Clayton Daniels/YouTube)

Here's a woman that proves you can still rock hard even at 91 years old.


Bruce Springsteen had been performing at the Xcel Energy Center in St. Paul, Minnesota when he invited 91-year-old and diehard fan Jeanne Heintz onstage. The two then boogied to Springsteen's "Dancing in the Dark" in front of thousands of fans.

Heintz is definitely a diehard Springsteen fan. The 91-year-old and her daughter Jackie have seen the rock star more than 300 times in concert, according to the Twin Cities Pioneer Press.

"I could make it through (anything with Springsteen)," Heintz said. "It could have lasted forever."

This isn't the first time that Springsteen invited the St. Paul superfan onstage during a show. She and the rock star have shared the stage together on three separate occasions.