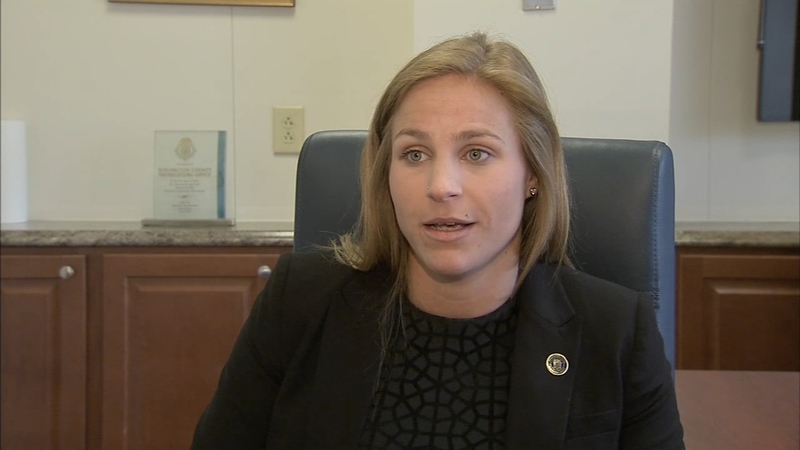 MOUNT HOLLY, New Jersey (WPVI) -- Melissa O'Mara is one of Burlington County, New Jersey's newest assistant prosecutors. She was sworn in about a year ago. But her path to success isn't one you might expect.

"By the time I was 15 years old I was using heroin and it kind of just happened," said O'Mara.

As a child, she says anxiety brought on by bullying led her to alcohol and marijuana, which led to opioids.

Melissa was in and out of treatment centers in her teen years.

She says when she was 19 years old her future started to come into focus.

"When I got into recovery, I went to a detox, then an inpatient, then a halfway house, then to sober living. And when I was in sober living they said, the sky's the limit. What do you want to do with your life now?" It was a question O'Mara hadn't been asked before.

Melissa graduated from college and then New England Law School in Boston. But she was turned away from several potential employers because of her prior issues with substance use. But she didn't give up.

"It wasn't until I met Prosecutor (Scott) Coffina where I finally felt like he got it. He said, 'We want you to be who you are,'" said O'Mara.

She joined the Burlington County Prosecutor's Office in September 2018.

"She does honor the need for accountability, and our number one job here is to enforce the law. But she does have compassion, and it rubs off on others," said Burlington County Prosecutor Scott Coffina.

Melissa now prosecutes a variety of cases, including drug-related cases.

Her goal is to deliver justice and help.