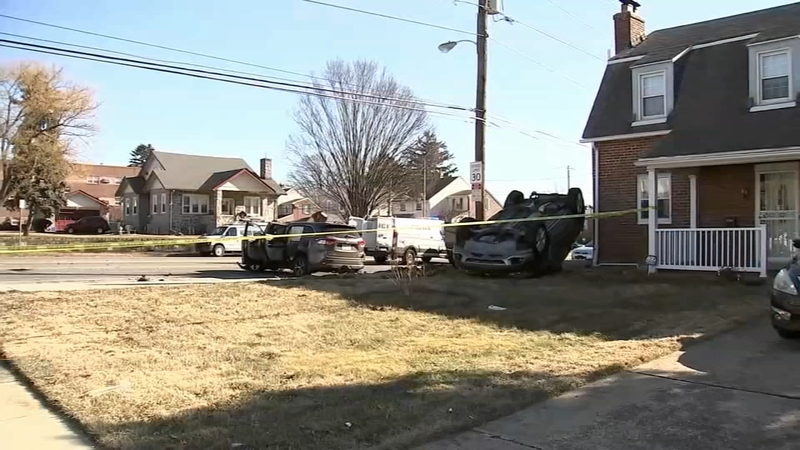 PHILADELPHIA (WPVI) -- Philadelphia police are investigating after a car stolen during a carjacking was involved in a Friday morning crash in the city's Bustleton section.

According to police, the crash happened at the intersection of Grant Avenue and Evans Street.

A man waiting on the platform was held at gunpoint and forced to turn his keys over, police said.

Police say two men, ages 20 and 21, were taken into custody and a gun was recovered at the scene.

Police also said they are looking into whether the two men are connected to any other crimes in the area.