Chopper 6 showed a vehicle and tow truck at the scene.
WPVI
By 6abc Digital Staff 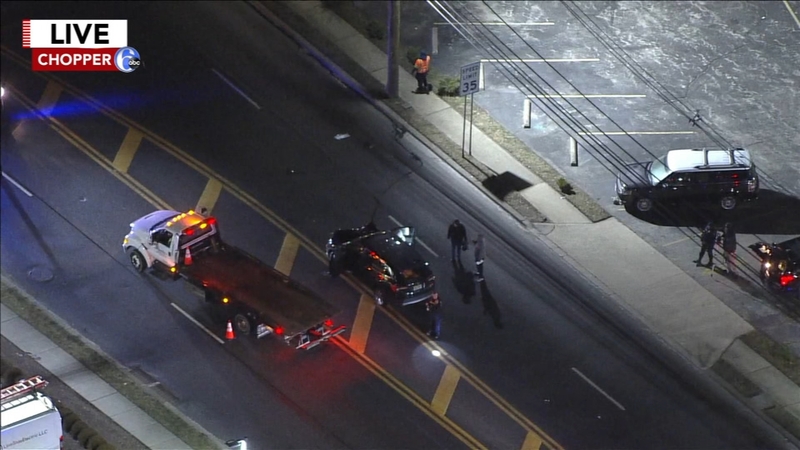 BARRINGTON, New Jersey (WPVI) -- A pedestrian was struck by a vehicle on the White Horse Pike in Camden County, New Jersey.

The pedestrian was rushed by medics to a local hospital.

The victim's condition has not been released.

Shortly after the crash, Chopper 6 showed an SUV and tow truck at the scene.

Police blocked both directions of a portion of the White Horse Pike, which is near a Wawa, for a period of time as they investigated the scene. The westbound side remained closed after 6 a.m.

Drivers are told to expect delays in the area.