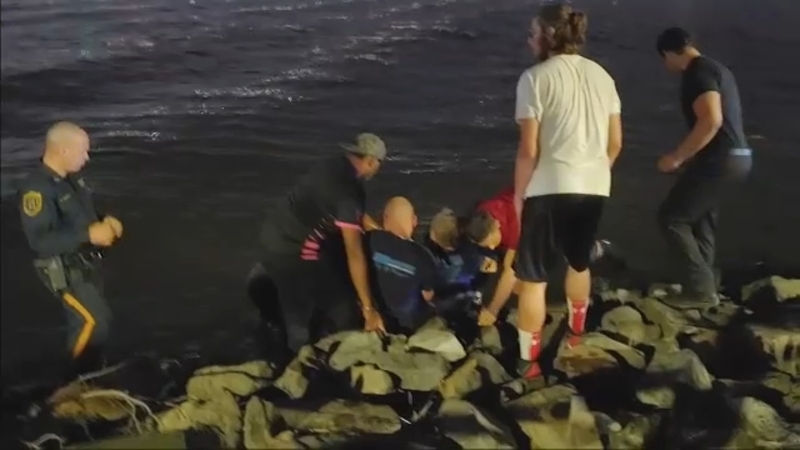 BAYONNE, New Jersey -- A good Samaritan in North Jersey jumped into action when he saw a car sinking in the Newark Bay with the driver trapped inside.

"The car is way out in the water, with the man out the window. He is yelling something and the car is going down," said Bilodeau.

As the crowd grew and commotion got louder, it caught the ear of Anthony Capuano.

"I saw people running and we did the same," Capuano said.

Capuano, 29, was in an accident more than a decade ago and has a prosthetic leg, but he didn't think twice about jumping in the water.

"I hopped over the fence and when I got onto the rocks I took off my leg and I crab walked over the rocks," Capuano said.

Capuano beelined toward the 68-year-old victim and helped to keep him calm.

Capuano helped pull the victim to safety and onto dry land.

His response was humbling, but his actions got big props from Bayonne Mayor Jimmy Davis on Wednesday.

"Anthony's instincts and professionalism just took over, he jumped in, didn't think about his own safety," Davis said.

After an investigation, authorities said the driver was pulling over to answer a call and attempted to park, but he lost control of the vehicle. Police said he simultaneously had his foot on both the brake and accelerator pedals which caused him to accelerate the vehicle into the bay.