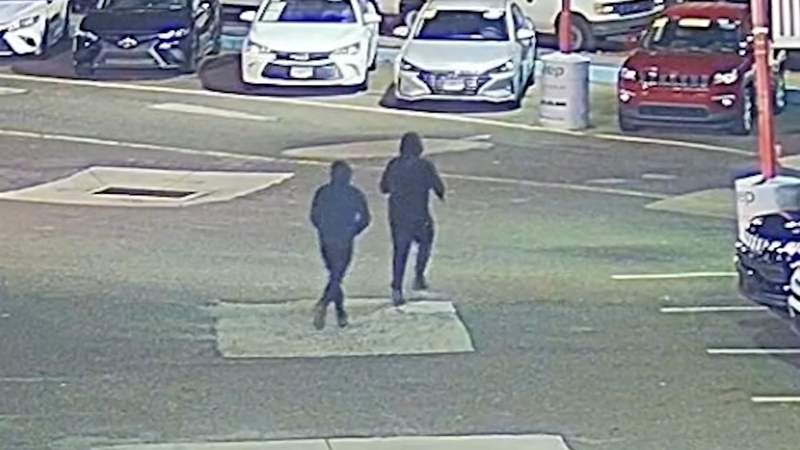 Investigation into rise of dealership auto thefts in Philly region

PHILADELPHIA (WPVI) -- Auto thefts have exploded in recent years, which has coincided with the pandemic and a rise in of value of vehicles.

A series of auto thefts from car dealerships and repair shops, specifically, had victims reaching out to Action News.

The brazen auto theft was caught on the dealership's elaborate surveillance system.

The video captured the suspects pull up in a white Dodge Charger Hellcat with a blue stripe and bronze rims.

Two suspects get out of the Dodge.

Police say they first steal a Black Durango SRT valued at $70,000 that was blocking the dealership exit.

They then steal a white Jeep Grand Cherokee Trackhawk which is valued at $90,000. 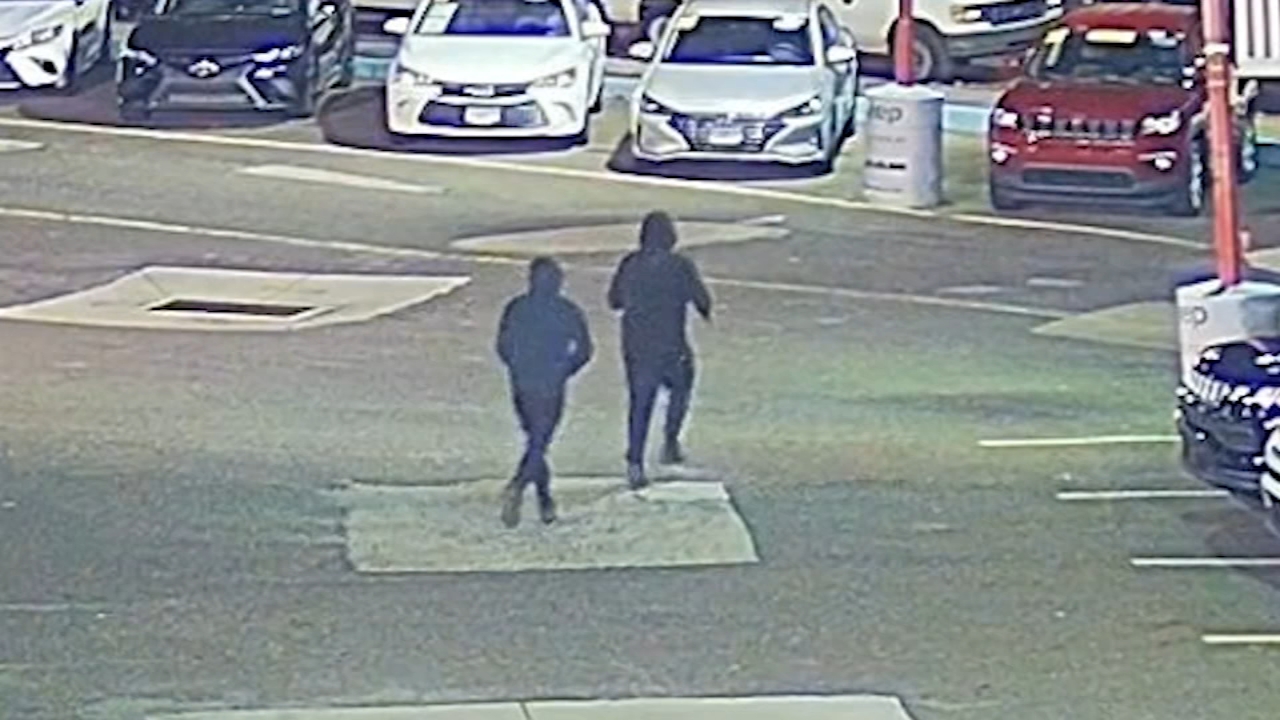 Barbera said later in the morning, the thieves came back and tried to steal more vehicles but on-site security officers stopped it.

Both Barbera and Philadelphia police said it appeared the bandits "jimmied" the door locks, then set up a sophisticated computer system that created a remote key on site. They then started the vehicles and drove off.

"They're reprogramming the car as if they're at Detroit," Barbera said.

His dealership is not alone.

They reached in and grabbed several sets of keys on the service counter. They stole one vehicle.

The theft was also captured on surveillance video.

Loni Sakil had her 2020 Honda Accord stolen while it was being serviced at Piazza Honda in Southwest Philadelphia in October.

The dealership tells Action News it has no idea how the car disappeared but someone took the keys.

Sakil said the dealership told her, "'We don't know where your car is. We don't know who the last person who saw it was. All we know, pretty much is that you dropped it off. That's it.'"

The auto thefts have been frustrating and cumbersome for victims like Smith and Sakil who both said the dealerships should have done more to protect their keys.

"They haven't done anything. All they told me, honestly, was just go through my insurance company," said Smith.

Reedman Toll did not return Action News' calls or email for comment.

Abington police are investigating the Reedman Toll thefts, but have no suspects.

Philadelphia police recovered the stolen Barbera vehicles in Camden after an internal GPS system located them.

Police suspect these criminal networks ship stolen vehicles overseas or chop for parts, and in some circumstances, it's simply youngsters trying to joyride and post videos on social media apps.

"We are seeing things we've never seen before, so every day we have to audit ourselves, learn from lessons learned and do better and be better," said Barbera.

Police said there is no indication the thefts are connected.