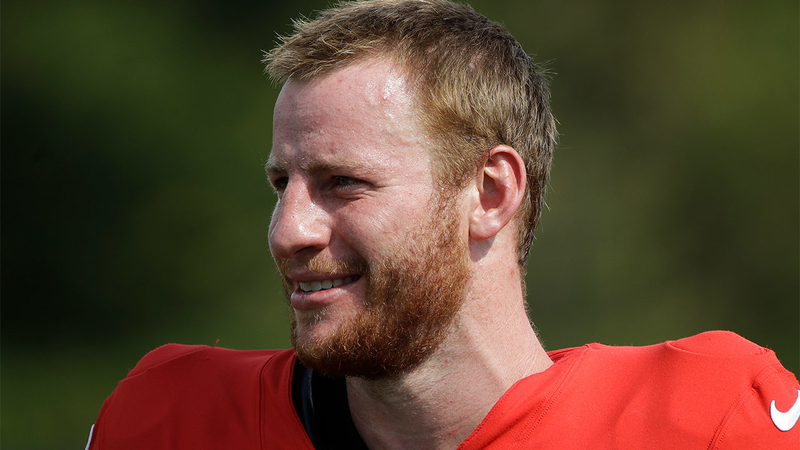 Will Carson Wentz play in the preseason?

PHILADELPHIA (WPVI) -- Carson Wentz has not hit the field in the last two preseason games.

Thursday night is the third exhibition game and still the question is - will Wentz make an appearance on the field against the Baltimore Ravens?

Our own Ducis Rogers is doubtful he will.

Twitter Poll: What do you think? Should Carson Wentz play in Thursday night's preseason game?

POLL: Tonight is the third preseason game against the Ravens. Do you think Carson Wentz should play? 🤔

Should he not play, fans will see a veteran hit the field.

A retired Josh McCown was coaching his son's high school football team when he got a call from the Eagles and agreed to a $2-million, one-year contract with the team.

The Birds have had two backup quarterbacks injured in the preseason.

Rookie Clayton Thorson is the only healthy quarterback on the roster behind Wentz.

Wentz says he and McCown have gotten along great; Coach Doug Pederson says the 40-year-old can add a lot of knowledge and depth in the room.

"He's great. He's an awesome guy, obviously everyone knows all about him. He's learned a new offense every year now. You just see him quickly picking up things and being a kind of veteran voice in there," Wentz said.

"This team has had a lot of success recently and it's fun to watch successful guys work and how they approach their job and so I really enjoyed the last two days seeing that," McCown said.

Wentz missed part of the 2018 season due to an injury.

Asked whether he'd be ready to play, Wentz says it's ultimately the coach's call - but he's ready.