Carvana lawsuit alleges unfair, deceptive practices: 'I have a car that I legally can't drive'

Some customers even allege the company landed them in hot water with law enforcement.
WPVI
By Nydia Han and Heather Grubola 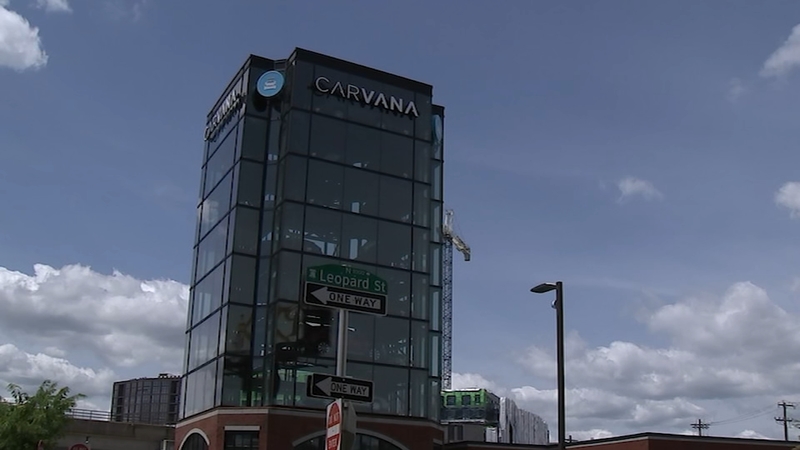 Some customers even allege the company landed them in hot water with law enforcement.

This news comes after the company announced Tuesday it will be laying off 2,500 employees, which may have some consumers concerned.

"I'm just at this point, I'm done," said Vernon Piper of Holland, Bucks County, who purchased a Nissan Sentra from the company in September.

"I have a car that I legally can't drive," said Piper.

He said that means he can't even get to his job.

"I don't know how long they're going to be able to afford me the opportunity to continue working from home," he said.

Piper can't drive the car because his temporary tags expired five months ago in December, and he still hasn't received his registration.

And he's not alone.

"We filed two class actions against Carvana," said attorney Robert Cocco. "For their failure to deliver permanent registration to the vehicles to the consumers who purchased them."

The lawsuit claims Carvana failed to "timely register" cars as it promised -- sometimes for a period "exceeding two years."

Piper isn't part of the lawsuit even though he had the same experience.

"I was actually flabbergasted that I was not the only person that this had affected," said Piper.

The lawsuit goes on to say the issue "causes consumers to be questioned and sometimes arrested by law enforcement," which also happened to Piper.

He said Carvana told him they would reimburse him for the tickets, which they did do two months later. But while he was waiting for that money he learned a bench warrant had been issued for his arrest.

In April he got pulled over again for no registration.

"This is something that should be delivered, depending on the state's statutory requirements within 30 to 45 days on average," said Cocco.

Piper said the situation is only getting worse.

"Carvana told me that if I pay out of pocket for a rental car they will reimburse me," said Piper. "I'm just frustrated at this point."

Carvana said it will reach out to Piper to resolve his problems.