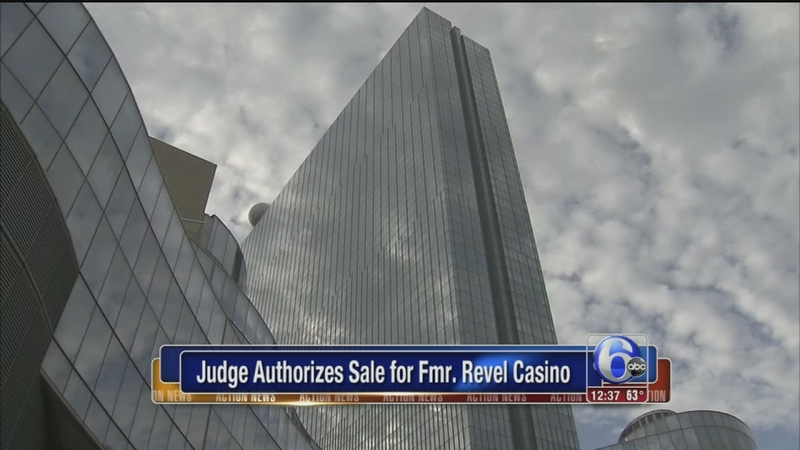 ATLANTIC CITY, N.J. -- The tortured sale of Atlantic City's former Revel casino was expected to be finalized Monday after a bankruptcy judge formally authorized its sale on the fifth attempt.

Florida developer Glenn Straub's Polo North Country Club is buying the casino, which cost $2.4 billion to build, for $82 million, or about 4 cents on the dollar.

Judge Gloria Burns entered the final sale order Monday morning after verbally approving the deal last week, and a closing on the deal was expected to be completed shortly afterward.

"The consideration to be provided by the purchaser pursuant to the agreement is fair and reasonable; is the highest or otherwise best offer for the assets; will provide a greater recovery for the debtors' creditors than would be provided by any other practically available alternative; and constitutes reasonably equivalent value and fair consideration under the Bankruptcy Code," she wrote.

The judge's order left unresolved one of the stickiest aspects of the sale: The rights of former business tenants at Revel to continue to operate there once Straub re-opens the property. Her order specified that the tenants' rights are not wiped out by the sale agreement; last week, she said those rights need to be dealt with in a forum other than bankruptcy court.

It also said that Revel's agreement with a power plant that is its sole supplier of utility service is not an assumed contract that Straub will be taking on. The agreement with ACR Energy Partners has been another major sticking point in getting a sale approved and executed. The company has demanded assurances its bills will be paid, and had threatened to cut off service to the building during the bankruptcy case.

Straub said last week he may have a way around the power plant standoff: connecting Revel to the utility grid through the former Showboat casino next door, which he bought from Stockton University on Friday.

He has floated a wide variety of proposed uses for the Revel site, including a scaled-down casino; a hotel and condominium units; a water park; a health-themed spa and anti-aging resort; and a so-called "genius academy" where the world's top minds would be assembled to tacked society's most pressing problems.

On Friday, Straub unveiled what he called The Phoenix Project: $500 million worth of development projects in Atlantic City including the purchases of Revel and the Showboat.

He said he plans to submit a proposal to transform the former Bader Field airport site that will re-open part of it as an aviation facility.