Police said the suspect should be considered armed and dangerous. Anyone with information is urged to call 215-418-4000.
WPVI
By 6abc Digital Staff 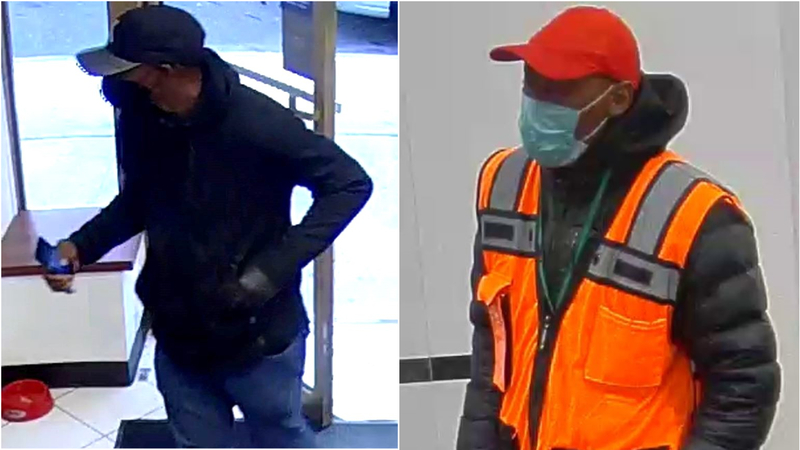 PHILADELPHIA (WPVI) -- The FBI and the Philadelphia police department are asking for the public's help in identifying and locating a serial bank robber who authorities say has robbed seven banks in less than four months.

In each of the cases, the man has handed a teller a threatening note and demanded money. He is said to have obtained an unspecified amount of cash in each of the robberies before leaving the area.

The dates and locations of these robberies include:

After handing the teller the demand note during the September 10 robbery, authorities said he also made a verbal threat and forced his way behind the counter.

In the most recent robbery, police said he wore an orange safety vest on top of his black puffy jacket.

Police said the man should be considered armed and dangerous. Anyone with information is urged to call 215-418-4000 or go to tips.fbi.gov.