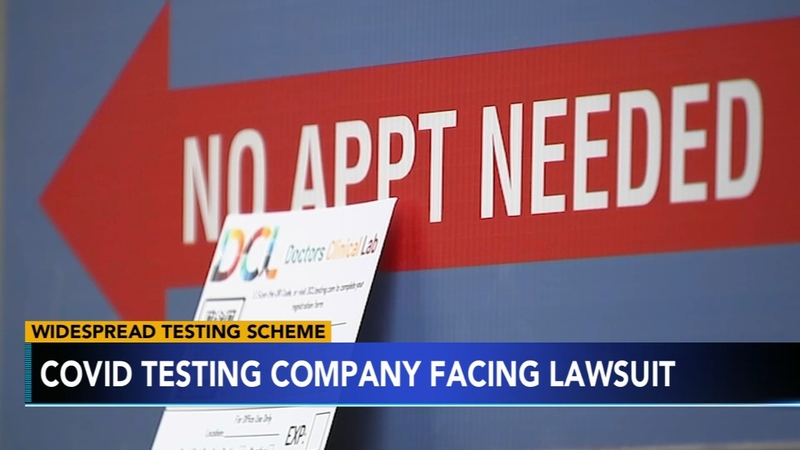 PHILADELPHIA (WPVI) -- A lawsuit has been filed over an alleged COVID-19 testing scheme after hundreds of fraudulent pop-up sites opened up around the country, including here in Philadelphia.

The attorney general in Minnesota filed the lawsuit Thursday against the Illinois-based Center for COVID Control.

Earlier this month, one location went up on the 100 block of South 7th Street in Center City.

The company claimed they were authorized by the City of Philadelphia, but city officials said they were not aware of any such organization doing testing.

"Yeah, it's authorized. We wouldn't have a storefront if it wasn't," said the manager who did not give her name.

City officials say the testing tent staffers claimed to be funded by FEMA, but said they confirmed over the weekend that was not true.

The lawsuit alleges Center for COVID Control either failed to deliver results or delivered in-accurate results.

According to Minnesota Attorney General Keith Ellison, former employees of Center for COVID Control reported that while the company could initially handle its load of local tests, its processing center failed to expand as the company opened up testing sites around the country.

Former employees recounted finding samples in bags that were well over 48 hours old, being instructed by management to falsify dates of receipt, and being instructed to lie to consumers about their tests being inconclusive or negative when, in fact, the sample had not been tested, the lawsuit alleges.

There was no immediate word on if the Pennsylvania Attorney General's Office is taking any action against the company.

Center for COVID Control posted on its website that it's pausing operations until Saturday: