Officers found open containers of alcohol in the car after the crash, according to investigators.
WPVI
By 6abc Digital Staff 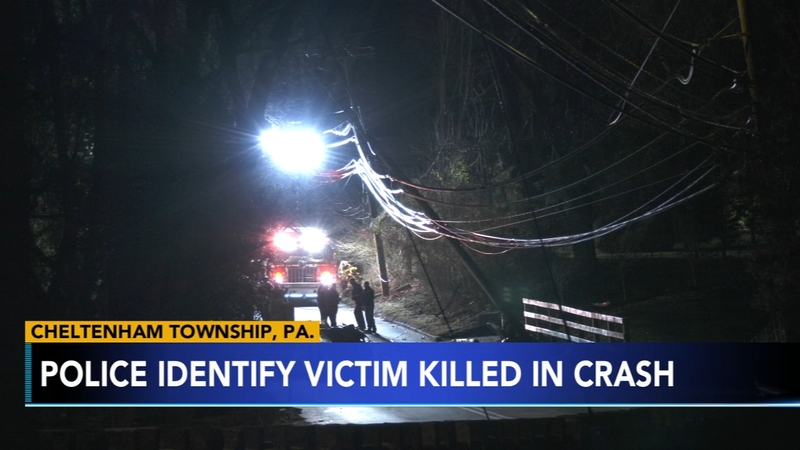 It happened around 1:30 a.m. on Greenwood Avenue near Hedgerow Lane.

The Montgomery County District Attorney's Office says Nicholas Bednarek, 20, of Abington, was inside a 2006 Honda with four other people when an 18-year-old driver lost control and crashed into a utility pole.

"The vehicle was traveling on Greenwood Avenue, crossed a bridge and then went around a curve. The Honda left the right side of the roadway, sideswiped a guardrail, then struck two side-by-side utility poles," the DA's office said Monday.

5 hospitalized after car crashes into utility pole in Montgomery County

Bednarek was flown to an area hospital where he later died.

An autopsy performed on Monday determined Bednarek's cause of death to be multiple blunt impact injuries.

The four other victims, ages 17 to 19, remain seriously injured.

Officers found open containers of alcohol in the car, according to investigators.

"This is every parent's worst nightmare, and our hearts go out to Nicholas' family and the other families. We pray for a full recovery of all of the young people," said Montgomery County District Attorney Kevin Steele.