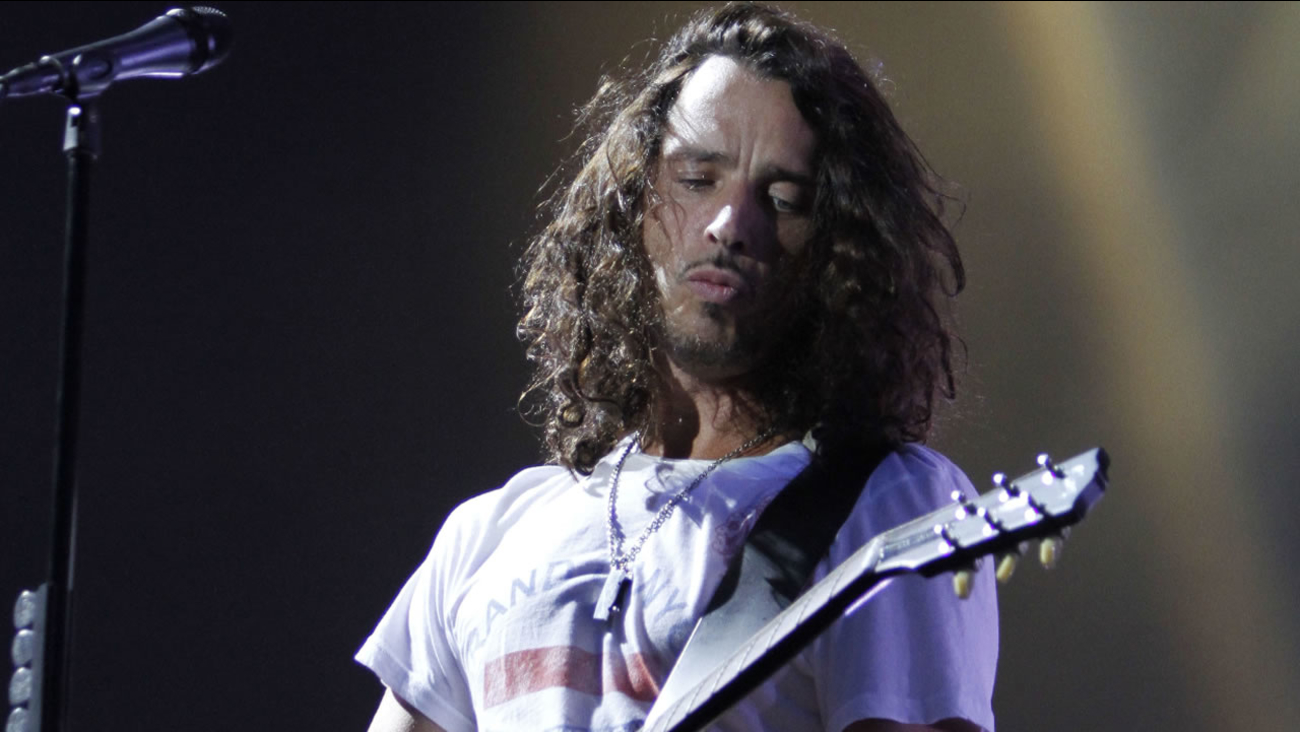 Representatives for the late singer-songwriter say a private memorial service Friday will be followed by a public viewing of Cornell's burial site at 3 p.m. PDT.

Cornell, 52, was pronounced dead May 18 after he was found unresponsive in a Detroit hotel room hours after performing a concert with Soundgarden. Coroner's officials released say preliminary autopsy results show the singer hanged himself, but full toxicology results remain pending. The singer's family has disputed the findings and claim Cornell may have taken more of an anti-anxiety drug than he was prescribed.

The Seattle native was a leading voice of the grunge movement in the 1990s. Besides Soundgarden, he scored hits as a solo artist and with bands Temple of the Dog and Audioslave.

IN MEMORIAM: Celebrities and notable figures who have died recently


He is survived by his wife and two children.

Vicky Cornell penned an open letter to her husband that was posted online by Billboard on Wednesday in which she promised to fight for him and take care of their children.

"We had the time of our lives in the last decade and I'm sorry, my sweet love, that I did not see what happened to you that night. I'm sorry you were alone, and I know that was not you, my sweet Christopher. Your children know that too, so you can rest in peace," she wrote.
----------
Send a breaking news alert
Report a correction or typo
Learn more about the 6abc apps
Related topics:
arts & entertainmententertainmentsuicidemusic newsfuneraldrugs
Copyright © 2022 by The Associated Press. All Rights Reserved.
TOP STORIES
NYPD officer killed, suspect is from Allentown
Montco health department ties 10 hepatitis A cases back to restaurant
Shootout at Northern Liberties gas station
AccuWeather: Frigid Start
Grocery stores faced with heavy impacts amid supply chain issues
Temple U updates mask guidelines ahead of students' return to campus
Police officers, good Samaritan lift SUV off trapped woman
Show More
Laundrie claimed responsibility for Petito's death in notebook: FBI
Conjoined twins separated at CHOP after 10-hour surgery
Police investigate 2 fatal hit-and-runs in Pennsauken
Social media photo of student with gun prompted school lockdown
Real estate group offers aid to help minorities enter industry
More TOP STORIES News