Pennsylvania on verge of extending time for abuse charges 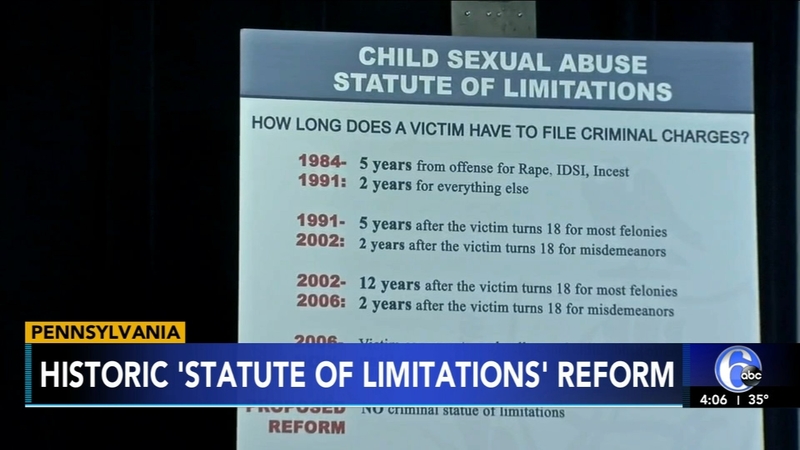 HARRISBURG, Pennsylvania -- A bill to provide more time to file charges or lawsuits over sexual abuse is on its way to Pennsylvania's governor.

The House sent the statute-of-limitations bill to Democratic Gov. Tom Wolf with a 182-5 vote on Thursday.