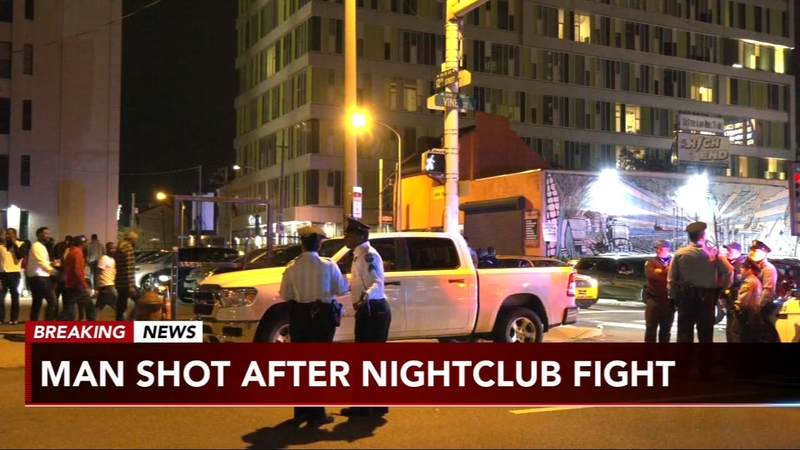 PHILADELPHIA (WPVI) -- Philadelphia police say a man shot following a fight inside a nightclub was able to walk to Hahnemann University Hospital for help only to realize it had been shut down.

Investigators are working to determine if the 45-year-old victim was shot inside or outside of Club Noto at 12th and Vine streets in Spring Garden.

Police were called to the scene around 1:45 a.m. Saturday.

Once there, they discovered the victim with a gunshot wound to the back.

The victim told police he was able to walk to Hahnemann University Hospital for help after being shot.

Once the victim realized the hospital had been closed, he took a cab back to the club.

He then tried to drive his own car to another hospital, but was unable to due to his injuries.

Police said there were hundred of guests inside the club when the shooting occurred. They are continuing to look for the shooter.