AP
PARKLAND, Florida -- A football coach who also worked as a security guard is among the dead in a school shooting that claimed 17 lives in Parkland, Florida.

The tweet ended: "He died a hero and he will forever be in our hearts and memories."

Feis graduated from the school in 1999 and worked mainly with the junior varsity, the team website said. It said he lived in nearby Coral Springs with his wife and daughter.

A former student is charged with using an AR-15 to kill 17 people at the school. The team website said Feis spent his entire coaching career at Marjory Stoneman after playing there as a student.

The Sun Sentinel reported that Feis, acting as a school security guard, responded to the original call on a school walkie-talkie. Someone on the radio asked if loud sounds they heard were firecrackers, said football coach Willis May, who also carries a radio.

"I heard Aaron say, 'No, that is not firecrackers.' That's the last I heard of him," May said.

Feis' online biography at the team website said he played center at the school from 1995-98, and worked with both junior varsity and varsity lineman. He also served as the college recruiting coordinator and worked with football operations.

"He was a great guy," sophomore Douglas lineman Gage Gaynor told the newspaper. "Everyone loved him. Shame he had to go like this. Always gave his all to making us better. Definitely learned a lot from him." 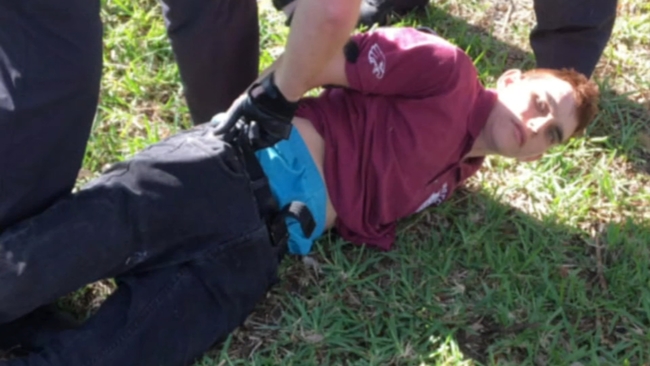