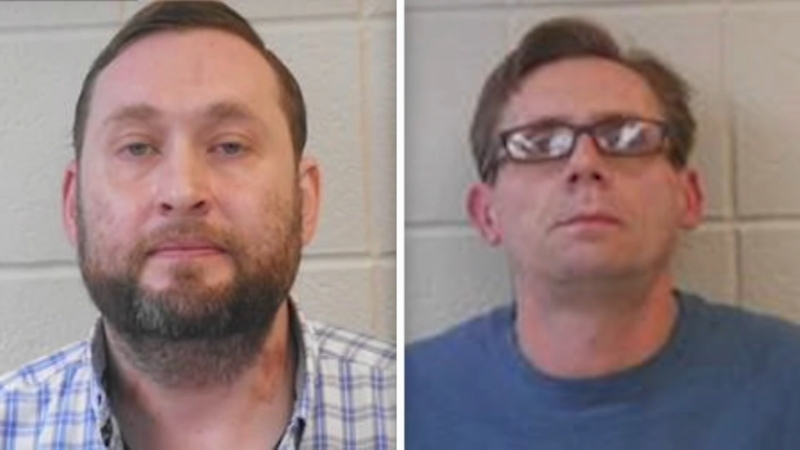 ARKADELPHIA, Arkansas (WPVI) -- Sometimes the truth is stranger than fiction.

Two chemistry professors are accused of "breaking bad" like they're Walter White.

Terry David Bateman, 45, and Bradley Allen Rowland, 40, have been arrested and accused of making methamphetamine, according to the Clark County Sheriff's Department. They face charges of manufacturing methamphetamine and using drug paraphernalia.

Bateman and Rowland are associate professors of chemistry at Henderson State University.

The university would not elaborate on what was found following the report of a chemical odor, nor would she confirm whether the professors were suspected of making meth inside the school.

Bateman and Rowland are both on administrative leave that started Oct. 11.

According to KATV, the investigation is ongoing.