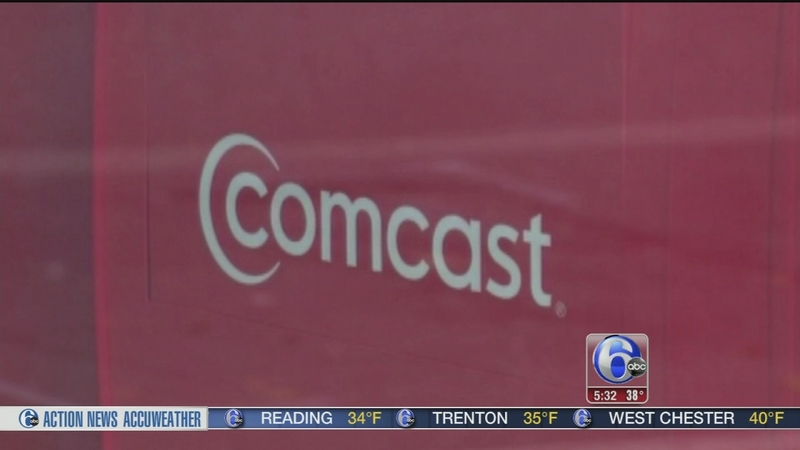 Comcast customers - check your bills. The cable giant is admitting it made a mistake and erroneously charged some of its customers an unintended fee.

William Inglis doesn't do auto-pay and he scrutinizes every bill he gets. That's how he caught a mistake on his Comcast statement.

Ingils called the cable giant to ask about it.

"They seemed to know exactly what it was, said it was a billing error that occurred when they switched to a new system," he said.

Inglis says the Comcast representative told him she would credit him for the mistake.

"And that this had been coming up a lot but they weren't doing anything to correct it unless people called in and told them about it," said Inglis.

He says that's what made him angry, motivating him to alert me via Twitter so I could, in turn, alert our other 6abc viewers.

Comcast admits to making the mistake on some of its customers November statements.

However the company says it quickly identified the problem and reversed the late fees.

They say credits will appear on customers' January statements.

Comcast says it did switch its billing system for their greater Philadelphia area customers in early November.

For their New Jersey customers, the switch happened just this past week, which means your statements will look different.

Comcast says the new bills will be easier to read and provide more detailed information with special package or service discounts shown separately.

They say it will allow customer care representatives to process orders and answer questions more quickly and accurately.

The company adds that it will also improve service calls and the in-home installation experience by reducing scheduling conflicts.

Again, Comcast says you don't have to take any action if you find this mistake on your bill.. But do check your January statement for the credit.

Now Comcast wouldn't say just how many customers were impacted by this mistake.