New opportunity for teenagers who broke into Philadelphia nonprofit

NoMo recently moved into its Broad Street location after losing its previous office due to the pandemic.
WPVI
By 6abc Digital Staff and Ashley Johnson
PHILADELPHIA (WPVI) -- Two teenagers who were part of a group that broke into a North Philadelphia nonprofit which helps youth in need wanted to apologize for their actions and, once they did, they were both offered jobs by that very same organization.

Surveillance video showed the break-in during a night of looting in the city following peaceful protests in the wake of the fatal police shooting of Walter Wallace Jr.

Terrance Johnson, 15, and Jayden, Hawkins, 19, both from North Philadelphia, were in that group. They hadn't known each other before and just crossed paths, about to go down the wrong one.

The video showed one of the teens throwing a brick through a window at the NoMo office.

Also a North Philadelphia nonprofit was targeted by the same people they aimed to serve in last night’s overnight looting. New Options More Opportunities had just moved into the Broad street location. Thieves made off with several items used for youth programming @6abc pic.twitter.com/9VSLAmIJ5A

New Options recently moved into the North Philadelphia location after losing its previous facility due to the effects of the COVID-19 pandemic.

"That night, I ended up getting booked for hanging around the wrong crowds," said Johnson.

NoMo's executive director Rickey Duncan posted a photo of one of teens on the nonprofit's Facebook page, saying, in part, they were looking to help him:

"For the past 2 months we have been renovating our new space to be able to have a community hub for the youth. This young man took it upon his self to break out our windows and break in to vandalize our building. If you know who this young man is please let him know I have a job for him! This is his present and I want to help change his future because everybody not going to be as understanding and empathetic as me!"

On Thursday night, Action News learned the teens reached out to the organization to apologize.

"I felt bad because, on their website, I saw how they were helping the Black youth," Johnson said.

"I want people to know I'm strong because a lot of people wouldn't do what I did," Hawkins said.

Duncan said he accepted their apology and offered them both jobs. The teens accepted the offer.

The nonprofit said their apologies spoke to its mission.

Both teens said they looted because they needed to help their families with basic necessities.

"There are so many more Jaydens and Terrances out there," Duncan added. "This is what I'm here for."

The teens will go through a workforce development program, help the NoMo nonprofit rebuild, and set a new example.

"It feels good now because now I feel like the things I need to do, I'm going to work for it," said Hawkin.

In the spring, Action News reported on the impact the nonprofit had in the community. NoMo provided free WiFi for families in need so students in Philadelphia could take part in virtual learning during the early days of the pandemic.
EMBED More News Videos 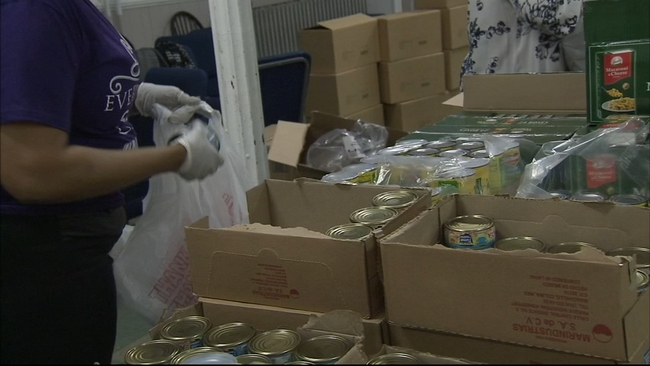