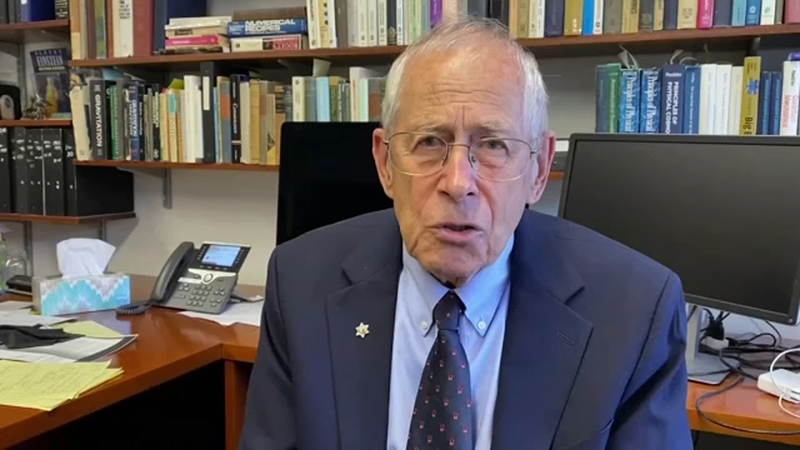 PRINCETON, N.J. (WPVI) -- There was cause for a big celebration at Princeton University, as one of the Ivy League's own graduates and professors has received the Nobel Prize in Physics.

James Peebles, a professor emeritus at Princeton, found out Monday morning that he won the prestigious award for "for theoretical discoveries in physical cosmology."

Peebles shares the honor with two other scientists for their work in furthering our understanding of the universe.

While he may seem like a serious guy, as the university celebrated, he laughed at the fact that he once couldn't figure out how to assemble a coffee percolator but could figure out the cosmos.

"But was there also a little thought that this might be the Nobel committee calling yes because, you understand, I have been working in this subject since 1964, 55 years. I have made progress considerably and why not the Nobel prize it seemed logical," he said.

Peebles said he was always a lover of science, watching tadpoles in ponds and constantly taking apart all of the clocks in the house to see how they worked.