The Glasgow Climate Pact makes unprecedented mention of the role of fossil fuels in the climate crisis.
CNNWire
By Analysis by Angela Dewan and Amy Cassidy, CNN 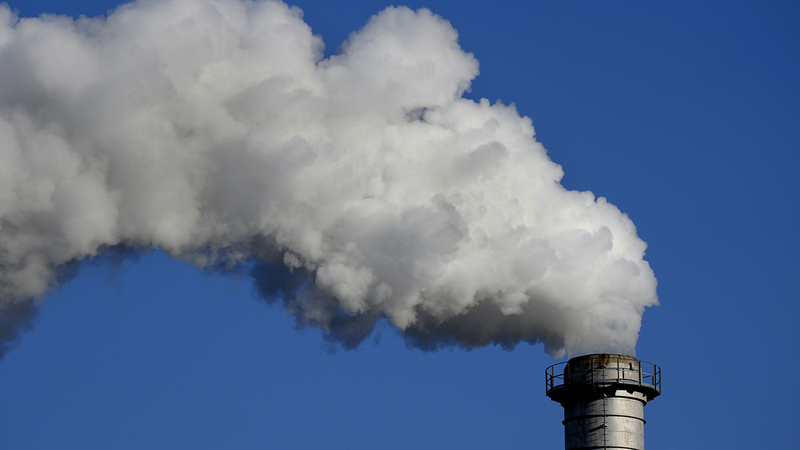 GLASGOW, Scotland -- Nearly 200 countries adopted the Glasgow Climate Pact in Scotland on Saturday at talks known as COP26, after nearly two weeks of wrangling on everything from how much to limit global warming, what to say about fossil fuels and whether the worst-hit countries by the climate crisis should be compensated.

Some are calling it a success, others a failure, and many say it's something in between. Here's what's in it so you can decide for yourself.

First ever mention of fossil fuels ... with a lot of caveats

The agreement makes unprecedented mention of the role of fossil fuels in the climate crisis. That's something that even the landmark Paris Agreement was unable to achieve. The Glasgow Climate Pact calls for the phasing down of unabated coal and inefficient fossil fuel subsidies.

The language was originally stronger but was watered down several times. It looked like it might even have been scrapped near the end when India, with Iran's support, made clear they wouldn't give their blessings on it. The pact requires all 197 parties to agree on the final text.

But at the 11th hour, India said it would accept the language with one tweak -- that coal should be phased "down," not phased "out," in what some observers see as a get out clause that would allow continued use of coal.

COP26 President Alok Sharma was seen canvassing opinion on the floor of the plenary room to see if others would support the change to essentially save the article.

When asked for her opinion on the whole agreement, even Greenpeace International Executive Director Jennifer Morgan saw the inclusion of coal as a win for the climate.

"It's meek, it's weak and the 1.5C goal is only just alive, but a signal has been sent that the era of coal is ending. And that matters," she said.

Sharma faced questions over the way he handled the last-minute change, for which he later apologized.

"This will not bring us closer to 1.5 but make it more difficult to reach it," said Swiss Environment Minister Simonetta Sommarug, receiving a long round of applause.

But Indian Environment Minister Bhupender Yadav, who had opposed the language, said that it would be difficult for his country to end coal use and fossil fuel subsidies while it tries to address poverty.

"How can anyone expect developing countries to make promises about phasing out coal and fossil fuel subsidies?" he asked.

President Biden arrived at the Vatican for a meeting with Pope Francis.

Perhaps the most consequential change was language that requests parties to come to COP27 next year in Egypt with updated plans on how to slash greenhouse gas emissions by 2030. Under the Paris Agreement, countries were only obliged to update their goals by 2025.

The idea is that countries will increase their ambition more regularly, which should mean an acceleration to net zero -- a state where the amount of greenhouse gases emitted is not greater than the amount removed from the atmosphere.

The latest landmark climate science report, published by the UN in August, called for emissions to roughly halve by 2030 and for the world to reach net zero by mid-century to have any hope in keeping global warming to 1.5 degrees Celsius.

The question now is, will countries actually do it?

"By agreeing this emergency package they have responded to rising climate damage with an action plan to keep 1.5C within reach," said Nick Mabey, co-founder and executive director of the E3G climate think tank.

"But the real task begins now as every country must go home and deliver on their Glasgow promises."

Rich countries agreed more than 10 years ago to transfer $100 billion a year to developing nations to help their transformation to low-carbon economies, and adapt to the climate crisis. Adaptation can involve anything from building sea walls to prevent flooding, to moving communities back from the coast and retrofitting homes to better withstand extreme weather events.

Not only had the rich world failed to deliver the $100 billion by the 2020 deadline, developing nations say it's nowhere near enough in the first place. They had been calling for a 50-50 split between mitigation -- measures to reduce emissions -- and adaptation which helps them deal with the consequences of climate change. Far more money has flowed to measures focused on cutting emissions.

The Glasgow Climate Pact includes a doubling of money for adaptation by 2025, from 2019 levels, which is progress in this area. But the $100 billion target is still off track, likely to only be met by 2023, as a COP26 Presidency report found. There are also questions over whether developed nations will maintain that level of funding annually.

"It is inexcusable that developed countries failed to meet their commitment to deliver $100 billion annually starting in 2020, even as they provide hundreds of billions of dollars in subsidies for fossil fuels," said Ani Dasgupta, president and CEO of the World Resources Institute.

"It is significant that the final outcome at COP26 puts developed countries on the hook to report on their progress towards the $100 billion goal. Countries also made headway toward developing a new financial goal that goes beyond 2025. Nations also agreed to at least double funding for adaptation by 2025, implying at least $40 billion, which is very important progress."

No 'liability' fund to pay for climate crisis destruction
This is a point with which many developing and climate vulnerable countries will be going home disappointed. There were high hopes that a dedicate fund would be set up to pay for the damage and destruction the climate crisis brings to the hardest-hit countries.

The idea was that the rich nations would pay into it, and if a country experiences an event like floods that destroy homes, this money could help them rebuild. This is called "loss and damage" in climate speak.

The agreement does recognize the importance of loss and damage and agrees to boost technical assistance to affected countries. But instead of agreeing to a dedicated fund, it calls for more dialogue, meaning an actual fund may years away, if it happens at all.

US climate envoy John Kerry confirmed after the decision that his country was against such a fund for now, while the European Union had previously said it would not support it.

Rachel Cleetus, policy Director and Lead Economist in the Climate and Energy Program at the Union of Concerned Scientists said Australia was also blocking progress. CNN has reached out to the delegation.

"A proposed Glasgow Loss and Damage Facility to channel new and additional funds for loss and damage failed to materialize after being blocked by richer nations including the United States, Australia and the European Union," Cleetus said.

"The final COP26 decision is overwhelmingly compromised by countries that have contributed most greatly to the climate crisis and once again denies justice for climate vulnerable developing countries."

It took six years but a Paris rulebook is finally finished. Almost

If there's any sign of how slow progress by consensus can be, it was only on Saturday that the world agreed to the outstanding rules of the 2015 Paris Agreement.

There had been concern over the creation of carbon emission markets, known as "Article 6," which is so technical that the world couldn't agree on its wording and substance over the last five years. There were concerns about a loophole that could have allowed some countries to double count their carbon credits. And that would be disastrous as the world would soon lose track of how much greenhouse gas is actually being removed or offset, and sold on markets.

One way to offset greenhouse gases is by paying countries with significant forest cover to not log their trees, or to plant more of them. Trees can absorb and lock away large amounts of carbon. Cutting them down or burning them releases carbon dioxide into the air. A country could also pay another to build a wind farm, for example, instead of a coal or oil plant.

Brazil was pushing to this deal as it could become a major exporter of carbon credits through the Amazon forest but also through renewable energy projects, like wind and solar.

It's good news the rules were final agreed and some loopholes closed, but some experts warn against allowing too much offsetting, saying that is only an incentive for nations and businesses to keep emitting as usual, particularly rich nations and big business that can afford a lot of offsets. There are also worries about the implication of the system for Indigenous people, who are worried about the commodification of their lands. According to the UN, Indigenous people make up less than 5% of the world's population, but they protect 80% of remaining forest biodiversity globally.

And while it was adopted there are still technically a few details that weren't agreed.

"We are extremely pleased that the countries participating in COP26 have agreed on how global carbon trading will work to speed climate action. The progress made in Glasgow is a crucial step toward keeping global average temperature rise below 1.5C," said James Roth, senior vice president for global policy and government affairs at Conservation International.

"After six years of negotiations, the rules allowing countries to trade carbon credits with each other, known as Article 6.2, have been agreed with the exception of some operational elements," Roth said.

"This level of certainty will drive new investments to scale the climate actions we desperately need across all sectors, including halting deforestation and promoting other natural climate solutions."

And there you have it. Some good news, some bad news. As the UN Secretary General Antonio Guterres said, the work starts now for COP27 in Egypt. Only then will the real impact of Glasgow become clear.