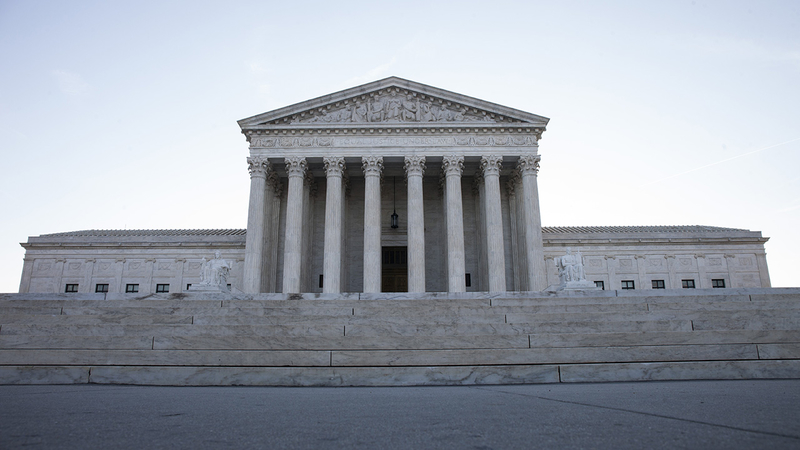 WASHINGTON -- House and Senate Democrats plan to introduce legislation Thursday to expand the Supreme Court from the current nine justices to 13, a bill that liberal interests groups have been expecting for some time.

President Joe Biden recently announced a commission to study the expansion of the court, signing an executive order last week creating a 36-member bipartisan panel to report back within six months on increasing the number of justices and potential term limits.

Progressive Democrats claim the bill is necessary to restore the balance of the highest court.

In a statement, Sen. Edward Markey, D-MA, said of the legislation he has co-sponsored with House Judiciary Cmte Chairman Jerrold Nadler, D-NY, "I welcome President Biden's announcement, but after years of Republicans upending precedent, breaking their own rules, and stealing seats on the Supreme Court in order to use it as a political pawn, we need more than a commission to restore integrity to the Court. We need to abolish the filibuster and expand the Supreme Court."

Republicans are already firing back, blasting so-called "court-packing" and calling the bill an overreach.

The partisan battle over the Supreme Court intensified over the past several months. Democrats were frustrated when Republicans refused to even consider former President Barack Obama's pick for the bench during the 2016 election year only to confirm former President Donald Trump's conservative nominee, Justice Amy Coney Barrett, in 2020.

Her confirmation cemented the court's conservative majority, possibly for decades to come.