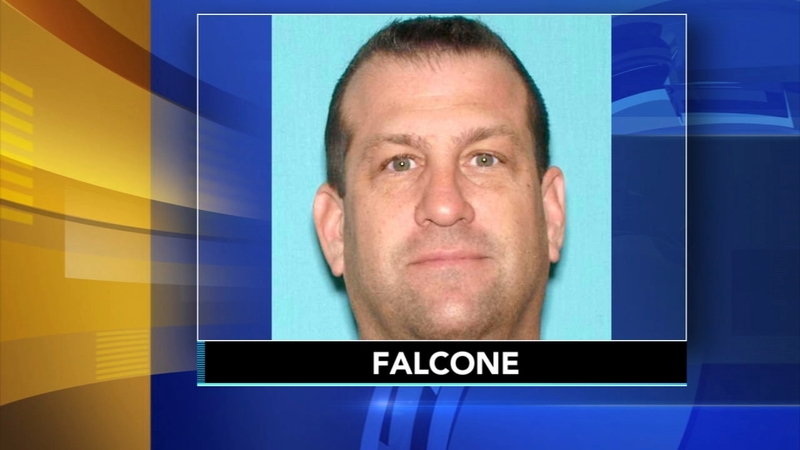 MANALAPAN, New Jersey (WPVI) -- Charges have been filed against a New Jersey man who allegedly coughed on a store employee and told the woman he had the coronavirus.

George Falcone, 50, of Freehold is being charged with terroristic threats and other related offenses.

The employee was concerned that Falcone was standing too close to her and an open display of prepared foods, so she requested that he step back as she covered the food.

According to the New Jersey Attorney General's Office, Falcone allegedly stepped forward to within 3 feet of her, leaned toward her, and purposely coughed. He allegedly laughed and said he was infected with the coronavirus.

Falcone then allegedly told two other employees they are lucky to have jobs.

Authorities say Falcone initially refused to cooperate with a detective at the store. He was later released on a summons.

"These are extremely difficult times in which all of us are called upon to be considerate of each other- not to engage in intimidation and spread fear, as alleged in this case," said Attorney General Grewal. "We must do everything we can to deter this type of conduct and any similar conduct that harms others during this emergency.
Report a correction or typo
Related topics:
monmouth countyterror threatcoronaviruscovid 19
Copyright © 2022 WPVI-TV. All Rights Reserved.
CORONAVIRUS
U.S. buys 105 million COVID vaccine doses for fall campaign
Elmo gets COVID vaccine in new Sesame Workshop PSA
FDA advisers recommend updated COVID booster shots for fall
How sex could play a role in developing long COVID: Study
TOP STORIES
Sources: Suspect in custody in connection to Delco road rage shooting
9 people hospitalized with gunshot wounds in Newark, NJ
Mom charged with criminal homicide in death of 3-year-old girl
Who will step up for the Phillies with Bryce Harper on the shelf?
Police: Body found inside abandoned building in Feltonville
Troubleshooters: PGW working to reverse charges that led to big bills
Philadelphia 76ers, P.J. Tucker near 3-year, $33.2M deal, agent says
Show More
Family speaks out after 17-year-old drowns in Bensalem, Pa.
Massive fire tears through junkyard in Bucks County
Woman, 71, injured after bison attack at Yellowstone National Park
Police investigate break-ins at 2 small businesses in Old City
Road rage victim apparently killed for driving too slow: Police
More TOP STORIES News