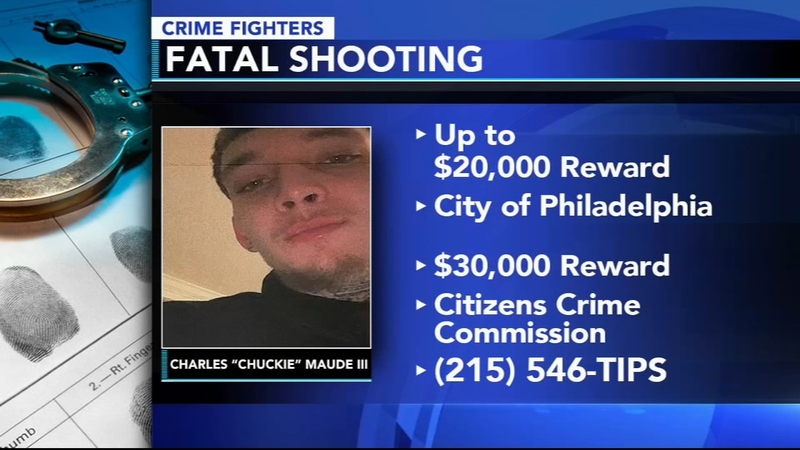 PHILADELPHIA (WPVI) -- A young father of two was gunned down just two months ago. Now his grieving family hopes someone will come forward with information about his killer.

The first thing that is said about Charles 'Chuckie' Maude III is that he loved his two daughters.

"He was a great dad. He loved his kids. He was like the protector of the family, I guess you would say," said his sister Jennifer Maude.

His family said career-wise, the 24-year-old was still finding his way.

"He was still looking for his way through. He wasn't sure what he wanted to do with his career, but he always wanted to work. He's a hard worker," said his father, Charles Maude II.

On Friday, March 12, Maude had just dropped off his youngest daughter at his mom's house.

"I guess he was at my house for maybe like 45 minutes to an hour, and then he went down to Emerald Street," said Jennifer Meleski.

His mother says he was hanging out with a friend along the 3200 block of Emerald Street in Philadelphia's Port Richmond section.

It's a street he knew well as his family lived there for 10 years.

She said his friends left, and Maude got into his car around 10:30 p.m.

"That's when two unknown men walked up. They walked by him first, then they came back, and then they just shot him," said Meleski.

"There were cameras that actually caught the incident. But we didn't get a clear visual of their face," added Jennifer Maude.

That's a total of $50,000 for information that leads to the arrest and conviction of the person responsible.