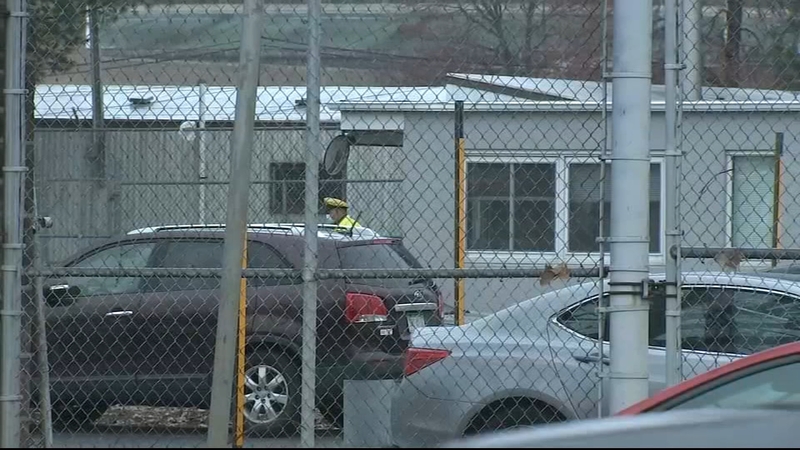 PHILADELPHIA (WPVI) -- A 20-year-old man was shot and killed on the grounds of the Curran-Fromhold Correction Facility in the Holmesburg section of Philadelphia less than an hour after being released from the prison, police said.

The victim has been identified as Rodney Hargrove of Philadelphia.

Philadelphia Department of Prisons Commissioner Blanche Carney said Hargrove was shot and killed while his family was on the way to pick him up.

Hargrove was released at 1:10 a.m. Thursday after posting bail.

Prison personnel transported him across the street to the SEPTA bus stop, which is the official drop-off point, where he awaited his family.

The family of 20-year-old Rodney Hargrove wants to know how this could have happened near prison grounds.

Approximately 47 minutes later, Carney said a car began to chase Hargrove at the drop-off point and he ran back onto prison grounds.

Hargrove ran past the entrance gate where a guard is usually posted and the vehicle followed.

Carney said the arm to the gate was in a raised position, which allowed the vehicle to enter.

"(The arm is) raised by the correctional officer assigned to that post. And, for whatever reason, the officer raised it, and at the time of the pursuit, the vehicle was able to proceed through that raised arm," Carney said.

The prison commissioner said they're investigating whether a guard was actually at the gate at the time and why the arm was raised.

Hargrove was then shot and killed feet from the gate near a shed on prison grounds.

When police and medics arrived on location, they found the 20-year-old man lying on the sidewalk with multiple gunshot wounds to his torso, chest, and arms, according to Philadelphia Police Chief Inspector Scott Small.

Small said, based on ballistic evidence, at least 10 shots were fired from a semi-automatic weapon.

Authorities found most of the shell casings near the victim's body which, Small said, indicated the shooter or shooters were in close proximity to Hargrove at the time of the shooting.

"Based on information by some of the guards in a nearby shack, they did not see the shooting take place," Small said.

Carney said there are no surveillance cameras at the SEPTA bus stop because that area is beyond the prison's campus. She said the PDP is searching for any video from the shooting scene.