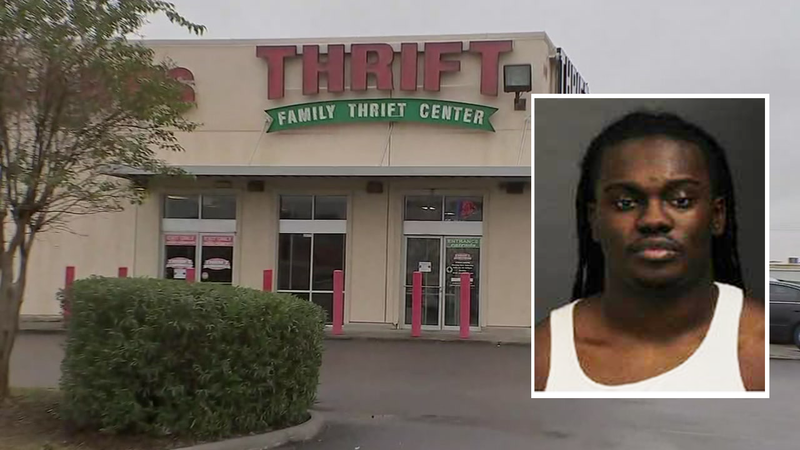 HOUSTON -- A father has turned himself in to police after his 6-year-old daughter allegedly killed her baby brother while the two were left alone in a vehicle.

On May 20, according to court documents, Adrian Dreshaun Middleton went shopping for clothes, and left the young girl in the car with his 1-year-old son.

Middleton told authorities he left the car and air conditioner running, turned on a movie and gave the children snacks before going inside the Family Thrift Store.

The girl told police that she was playing with her little brother while her dad was shopping for clothes. She said the boy started crying when she stopped playing with him, so she got angry and wrapped the seat belt around him.

She told officers she thought he had fallen asleep.
When Middleton returned to the car, he put his bags in the back of the car and saw his daughter crying. The girl reportedly told him she had to use the restroom and that she had done something bad.

Middleton saw the seat belt wrapped around the 1-year-old's neck and found he was not responding. He called 911 and attempted CPR until the ambulance arrived. The boy was taken to Texas Children's Hospital, where he was pronounced dead.

According to court documents, Middleton originally told police he left the children strapped into their car seats when he went into the store. He claimed he was in the store for about 30 to 45 minutes, and checked on the children through the store window.

However, there were no car seats in the car and police say surveillance video showed Middleton was in the store for about 1 hour and 40 minutes without checking on his children.

An autopsy ruled the boy's death was homicide by strangulation.

Middleton, 26, is charged with abandoning a child. Bond has not yet been set in the case.

The 6-year-old daughter is now staying with her grandmother.

The child will not face charges because of her age, Houston police said.