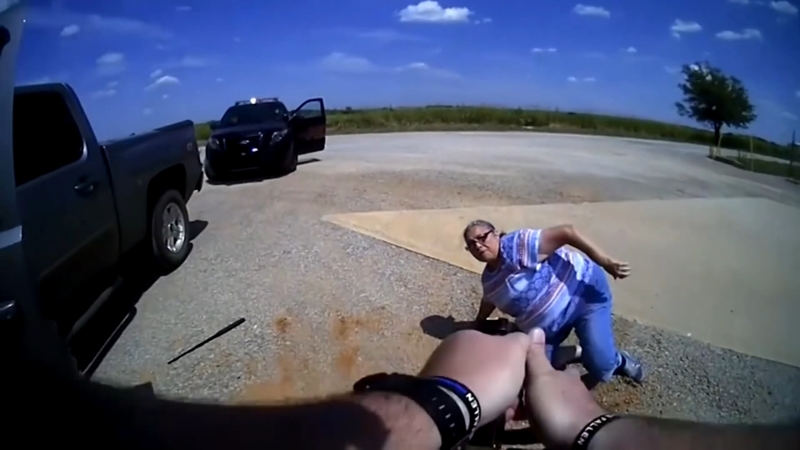 Woman who tried to flee ticket shocked by stun gun

CASHION, Oklahoma -- Instead of signing a ticket for a broken tail light that would have cost her $80, a 65-year-old woman is now facing serious charges including assault on a police officer.

Police body cam video showed Debra Hamil's interaction with the officer who pulled her over.

"So you don't even give a warning for something like this?" Hamil asked.

When the officer asked Hamil to sign her ticket, she refused.

"I don't think I deserve to pay $80 for something that is fixable," she said.

When the officer asked her to step out of her vehicle, she refused and drove off, leading the officer on a brief pursuit.

Hamil eventually pulled over in a parking lot, and the officer approached her vehicle with a gun. The officer then pulled Hamil out of her truck. In the video, you can see Hamil kicking him.

The officer used his stun gun after she refused to put her hands behind her back.

Hamil refused medical attention, but officials said they brought her to the ER for an assessment.

Once she was taken into custody, Hamil tried to explain why she reacted the way she did.

"Yeah, I did try to kick you because I'm a country girl," she said. "Because I did not like being thrown on the ground."