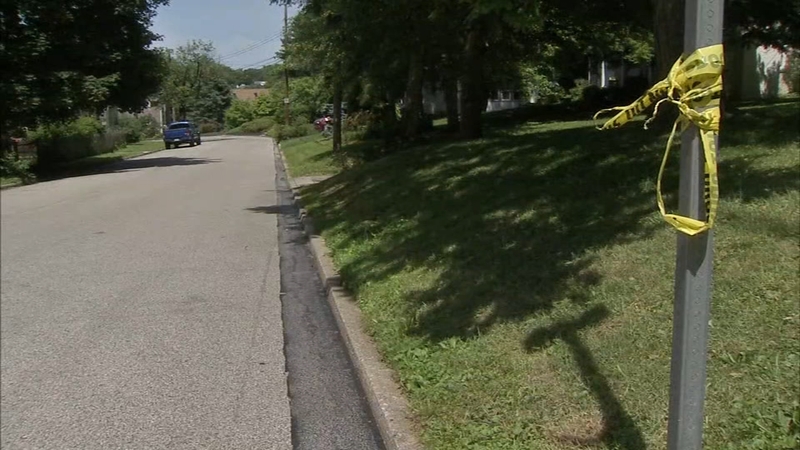 Delivery driver tied up and left stranded in Springfield

SPRINGFIELD TWP., Pa. (WPVI) -- A truck driver attempting to make a delivery was robbed and tied up in Montgomery County, police said.

It happened around 4 a.m. Tuesday when the driver was headed to a business located on Campus Drive, just off of Militia Hill Road in Whitemarsh Township.

Police said the Quick Courier driver was stopped in a nearby parking lot by a man asking for directions.

While the driver was speaking to the man, a second man who was wearing a mask and had a gun approached the victim and forced him out of the driver's seat.

Police said the men took control of the truck and drove it east on Militia Hill Road all the way to Stenton Avenue in Springfield Township.

They tied up the driver in the truck, according to police. A third man was following the truck in an SUV.

About ten minutes later, the suspects stopped in the area of Whitemarsh Avenue and Stenton Avenue where they emptied the contents of the truck into their SUV, before fleeing the scene, leaving the driver stranded.

The driver, with his hands still tied with flex cuffs, got out of the truck and flagged down a passing Springfield police car.

The driver sustained minor injuries from the altercation.

Neighbors told Action News they woke up to police activity.

"Surprised, especially this neighborhood with as quiet as it is, not much happening on this street except for this," Butler said.

Whitemarsh Township police said there is no threat to the public at this time.

"It happened at 4 a.m., as you can imagine isolated commercial district, not a lot of traffic coming in and out," said Whitemarsh Police Lt. Greg Keenan.