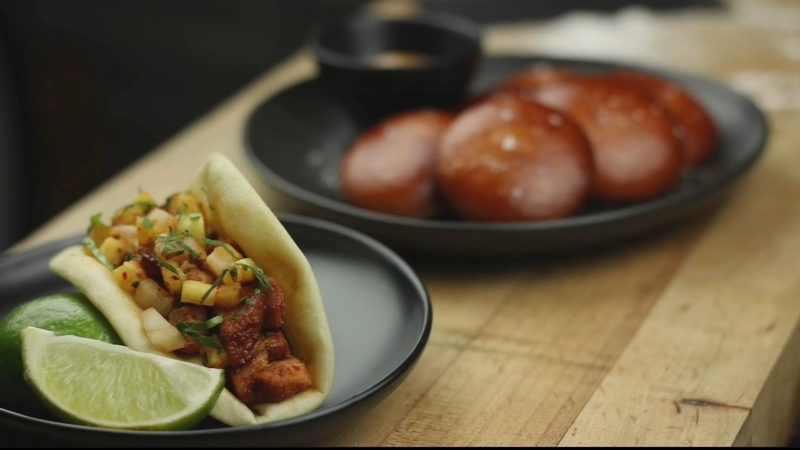 The culinary team behind it is no stranger to food service, they just had a find a new outlet in these challenging times.

With events pretty much on hold, Catering By Design did what many small businesses are doing to survive: they reinvented themselves.

They have the culinary skills, the kitchen space, the staff and now - a brand new restaurant.

"We didn't anticipate this," says Peter Loevy, the President of Catering By Design. "We didn't even want it."

Catering By Design has been in business for the past three decades. They never imagined they'd open a restaurant, but the past ten months have been brutal for their industry.

"With everything shutting down and no events, we had time.," says Executive Chef Roth Perelman. "So my staff and I started working on a menu and we ended up here."

They turned their catering commissary into a restaurant.

They call it DOHO, a taqueria with a twist.

"It's definitely non-traditional," Perelman says. "We're taking Asian cuisine and Latin cuisine and fusing them together. It's a different kind of taco shell. We make it with a bao bun dough."

The DO in DOHO is for that bao bun dough. The HO is for the first two letters of their street, Hortter.

"This community really is underserved with with restaurants and in food service of all kinds," Loevy says. "So we're hoping with this rebirth of Mt. Airy and Germantown, we can be a part of that."

They're also using their kitchen to feed our neighbors in need as part of the Step Up To The Plate initiative.

"All of the meals that we're making right now are going to Kensington and we will feed the food insecure," Loevy says. "We've been doing that since April."

They've honed in on two new ways to use their skills, their kitchen and their passion for feeding people.

"It's the old story of making lemonade out of your lemons," Loevy says.

Their logo was also created through collaboration with high school students from Mural Arts' Artrepreneur program. Right now DOHO is takeout and delivery only, with a brick and mortar spot to follow.