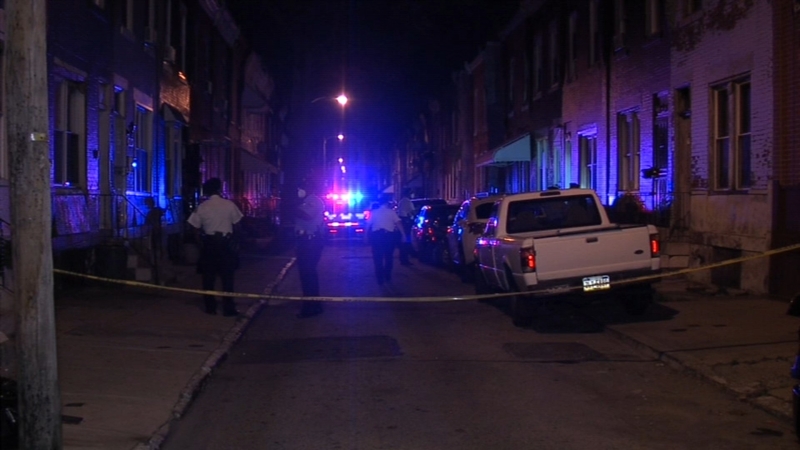 PHILADELPHIA (WPVI) -- One person is dead after a shooting in Philadelphia's Strawberry Mansion section early Sunday.

It happened just after midnight on the 1900 block of North Napa Street.

Police said a 33-year-old man was sitting in a parked SUV talking to a group of people when suddenly two suspects approached on foot and opened fire.

The man was struck one time in the thigh. He was taken to Temple University Hospital where he was pronounced dead. A 38-year-old woman was also shot in the chest. Officials said she is in critical condition at Temple.

Police said the suspects ran away from the scene.