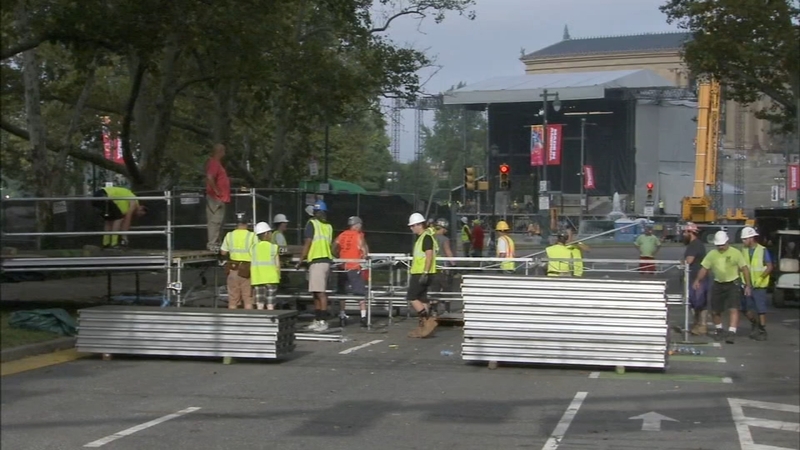 Cleaning up after Made in America

PHILADELPHIA (WPVI) -- Moments after the Made in America Festival wrapped up Sunday night, the cleanup began on the Benjamin Franklin Parkway.

Early Monday morning, crews could be seen taking apart the stage and removing the trash from in front of the Philadelphia Museum of Art over the holiday weekend.

Road closures in the area remain in effect. Officials say all roadways will reopen prior to morning rush hour on Tuesday.

Phase 2 - 7:00AM on August 27 - 5:00AM on September 4:
Spring Garden Street between Pennsylvania Avenue and Benjamin Franklin Parkway

Phase 4 - 10:00AM on August 29 - 5:00 AM on September 4:
The inner lanes of Benjamin Franklin Parkway, between 20th Street and Eakins Oval,
Cross traffic on numbered streets will be permitted

Phase 5 - 7:00PM on August 30 - 5:00AM on September 4:
22nd Street reduced to one running lane between Pennsylvania Avenue and Benjamin Franklin Parkway

An estimated 50,000 people attended the two-night event curated by Jay-Z and more than 70 artists performed on five stages.

Meek Mill and Post Malone were among those who took the stage on Saturday night. The second night's headlining acts included Nicki Minaj and Kendrick Lamar.

It was the seventh Made in America festival held in Philadelphia. Mayor Jim Kenney says he expects it to return to the Parkway again next year.

Cleanup on the Parkway after MIA Festival. Jeannette Reyes reports during Action News Mornings on September 3, 2018. 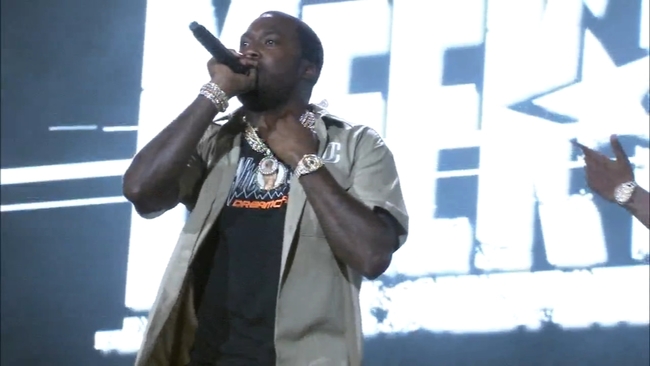