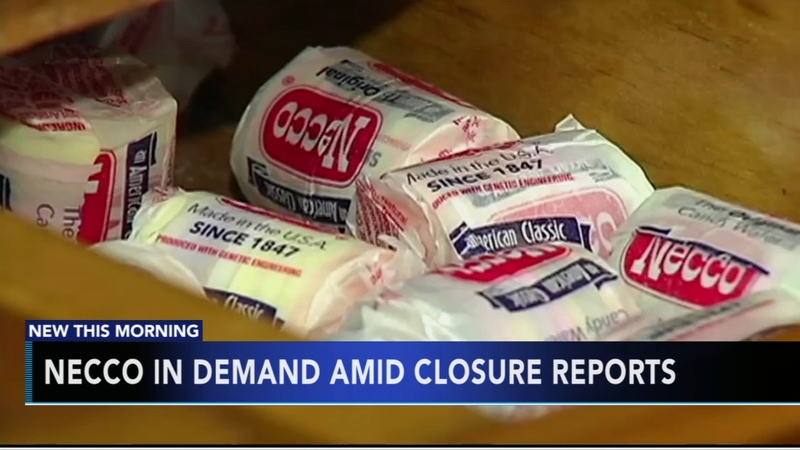 A Florida woman really loves Necco Wafers, the colorful candies made by a Massachusetts company that is currently as at risk of shutting down.

The Boston Globe reports 23-year-old Katie Samuels reached out to candy wholesaler Candystore.com to offer her 2003 Honda Accord for all of their stock.

Samuels says she has childhood memories of pretending the candies were communion at her grandmother's home.

In March, Necco announced that 395 workers could be laid off if the company does not find a buyer.

Nevertheless, Candystore.com did not accept her offer in what they're calling "The Great Necco Wafer Panic," but she did manage to buy four dozen rolls of the wafers.

Customers at the Peppermint Stick Candy Store in Boyertown, Berks County, say they have sentimental attachment to the old-fashioned treats.

The candy store owner says if Necco goes out of business, it would take a big chunk of its product from store shelves.