N.J. teen who started 2 food organizations up for $50K prize NJ teen who started 2 food organizations up for $50K

He's focused on finals, looking ahead to his graduation from Mainland Regional in Atlantic County at the end of June, and preparing for college life when he moves to Harvard in the fall.

Ferguson is also busy with the two organizations he started to help solve the problem of food insecurity around his neighborhood and beyond.

OK, maybe he's not that average. 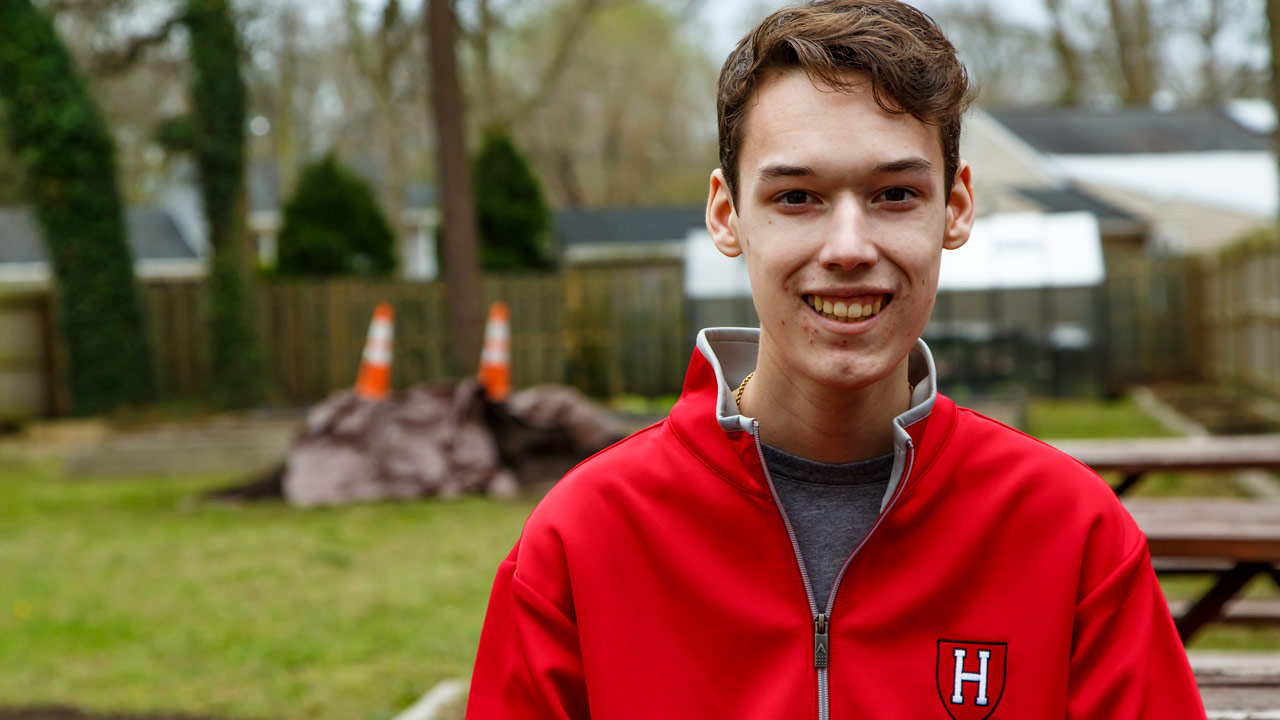 The teen is one of three finalists in General Mills' Feeding Better Futures Scholars Program. The company best known for its cereals like Cheerios and Lucky Charms asked anyone between the ages of 13 and 21 to submit videos of their "do-good work in hunger relief, food waste reduction and sustainable agriculture."

The winner of the contest will receive $50,000 to help their cause, an opportunity for mentorship with industry leaders, and the ability to share their ideas at the Aspen Ideas Festival. Voting, which can be done here, ends on Monday, May 13.

Ferguson's road to becoming a finalist started at a young age when he began noticing things in his community were taking a turn for the worse. Even as a 13-year-old, he felt a change was needed. And, maybe, it was up to him to make that change.

"When I was in 7th grade, people were losing their jobs because of several of the casinos closing in Atlantic City - including my aunt and uncle - which increased food insecurity in this area. I also witnessed a veteran struggle with PTSD, and I wanted to find a way to help all veterans," Ferguson told 6abc.com.

"I didn't know much about this decrepit and uninviting building, but I knew it served veterans," Ferguson said.

Ferguson met with the Post Commander Mark Doherty and asked him, "How I could help?"

"After a long and enlightening conversation about our community, those who are food insecure and don't have the resources to put healthy food on their table, and that veterans and other community members struggle with isolation and not feeling connected to a community, we started devising a plan. I knew that I could help solve these problems, and that day I founded Post Crashers," Ferguson said. 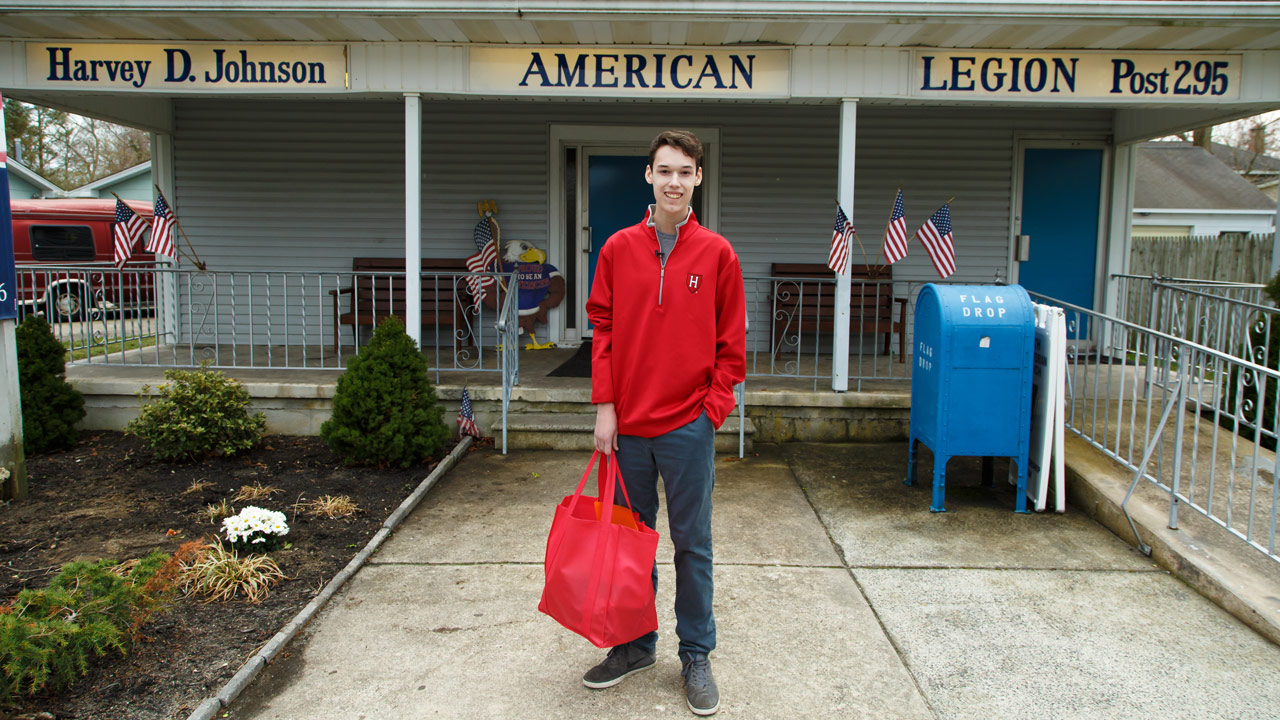 Post Crashers became an organization that grows produce and makes meals for the homeless, including veterans. To date, the service club has received 48 grants worth $175,000 to fund their projects.

"[We've] made it into a beautiful community center where veterans and other community members can interact and hold meetings, events and services," Ferguson said.

The group also built what they call "victory gardens" in the Post's backyard where they have raised more than 5,000 pounds of produce, which has been donated to local food banks and veterans in need.

As Ferguson was making real change for people around the world, he realized that part of his community that was very close to him was also in need.

"Through my work with Post Crashers, I learned much more about food insecurity and how it extends into my school," Ferguson said. "In fact, our county is dubbed 'New Jersey's least healthy' because countless families live in food deserts and more than one in five kids are food insecure. It was clear that many of my classmates and peers and their families were struggling with similar issues."

In the past decade, Atlantic County has landed in the bottom third of the list of New Jersey county health rankings. The County Health Rankings & Roadmaps program is a collaboration between the Robert Wood Johnson Foundation and the University of Wisconsin Population Health Institute. This year, Atlantic County ranked 18 of 21.

With that motivation, the teen founded his second organization - Mustangs Against Hunger, or MAH for short.

MAH packs weekly bags of non-perishables for students and their families in need.

Ferguson may have created these two organizations, but he is far from alone in completing his mission to make his community a better place.

He has the backing of his family and friends, as well as his school community, who join him at "crashes" and volunteering with MAH. Post Crashers itself currently has over 300 members, Ferguson said.

More than 500 students have put in more than 3,500 service hours for both groups, according to Ferguson.

In addition, Northfield Mayor Erland Chau was an instrumental part in getting Mustangs Against Hunger off the ground, Ferguson said. The mayor was also an advisor to the group in its first year.

"Together we make the community better, help alleviate hunger for veterans, my peers, and our homeless," Ferguson said. 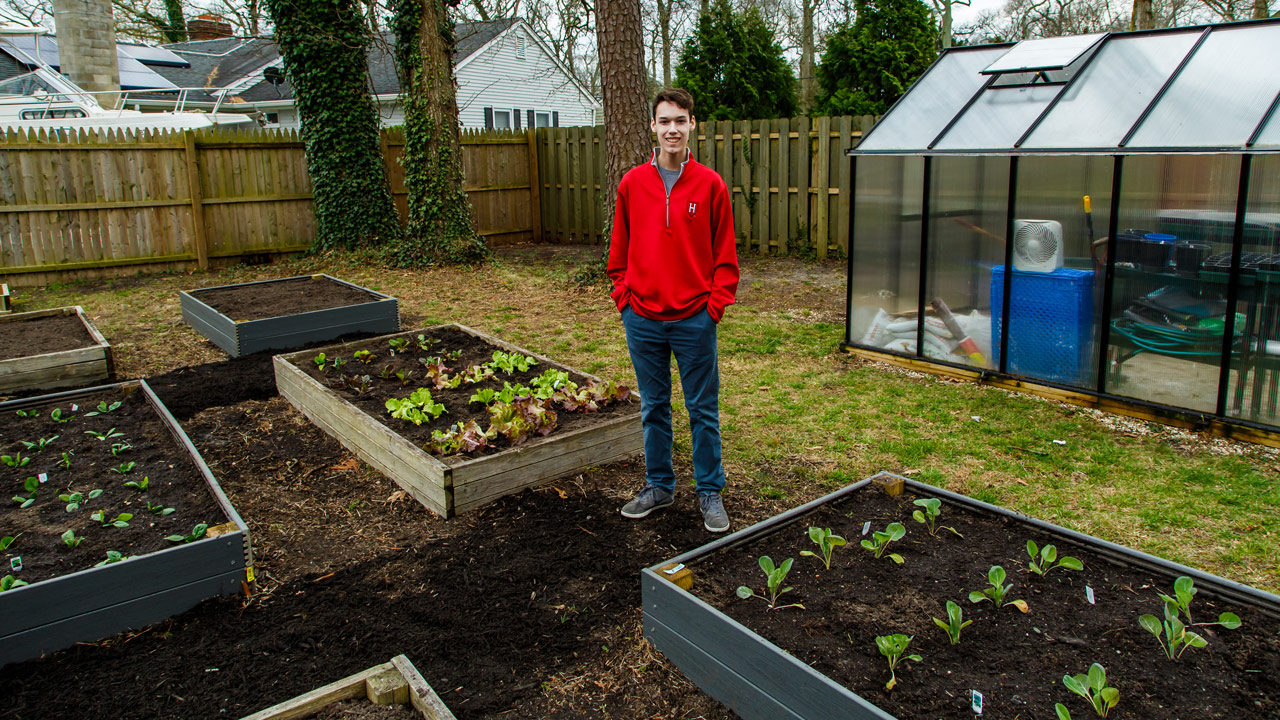 While staying focused on making that change to the community around him, Ferguson does have his eye on the prize.

He said he was honored and extremely excited to for the opportunity to showcase his work to a national audience. If he wins the scholar program contest, he said he will use the grand prize money to continue his mission.

"I will continue to fund my clubs at home and work with students who will be taking over through writing grants and organizing events," Ferguson said.

Once he's at college, that mission will stay the same.

Ferguson will find out if he is the grand prize winner when he and his two fellow finalists are guests at General Mills' world headquarters in Minneapolis on May 20, exactly one month before his high school graduation.

After all the hoopla of a national contest and the pomp and circumstance of graduation is over, Ferguson will be majoring in Applied Mathematics with a focus on Economics.

And like his 13-year-old self, 18-year-old Bradley Ferguson has some lofty and inspiring ideas which, just like his past ones, will be quite impressive when they are fulfilled.

"Perhaps I can develop a mathematical solution/system to end hunger through redistribution of food and sustainable agriculture. I probably will take a pre-med track and may be in medical school in 10 years or working for a non-profit whose goal is zero hunger and other United Nationals Development Program (UNDP) Sustainable Development Goals," Ferguson said.

But no matter what happens with the General Mills' contest, the South Jersey teenager has zero doubts about his future: he will continue being part of the solution.

"I will always be serving my community and working to end hunger and homelessness until we have zero hunger - which I see happening in my lifetime," Ferguson said.