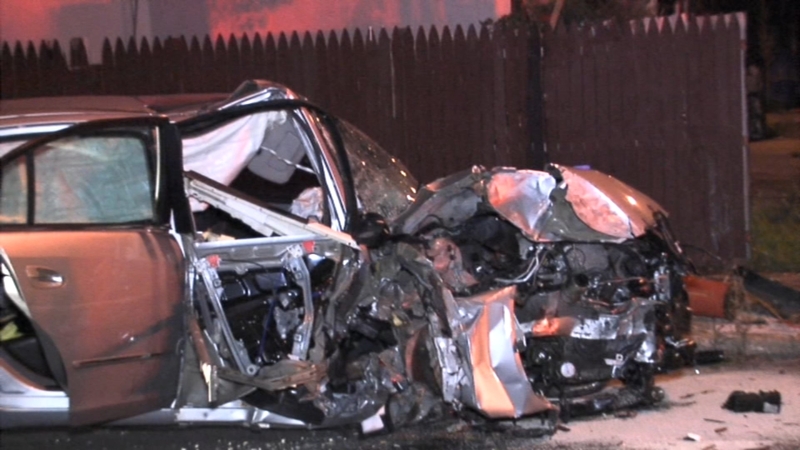 PHILADELPHIA (WPVI) -- Six people were injured when a driver lost control and slammed into a utility pole in North Philadelphia, police said.

It happened just after 3 a.m. Saturday along Glenwood Avenue near Cumberland Street.

Police said the driver of a Nissan Maxima was speeding before hitting the pole.

The front seat passenger was trapped inside and had to be extricated by firefighters.

Several medics were called to the scene to take the six injured to the hospital.

One person was listed in critical condition; the five others were said to be in serious condition.