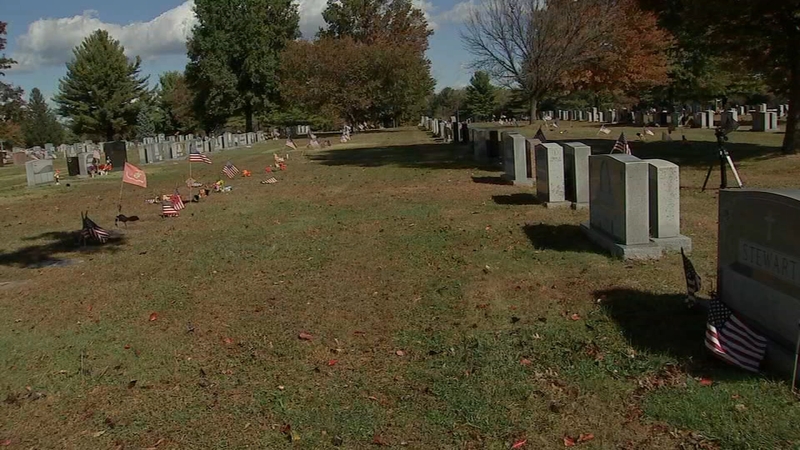 The Action News Troubleshooters have a warning about a local company accused of taking money for headstones and other memorial services but failing to deliver for families.

When Dorothy Hitchcock visits her husband's grave, there is no headstone and no peace. There's only a slab of concrete.

"I wanted to honor him and have a stone with his name on (it)," she said, "I feel like I'm just constantly grieving over the fact that it's not done."

Hitchcock paid for her husband's headstone upfront and in full in June of 2018.

"I didn't call him. He contacted me," she said.

Hitchcock's contract shows the headstone's approximate delivery date would be fall or winter 2018 but it is now fall of 2019 and she is still waiting and calling almost every day.

She showed the Troubleshooters a notebook filled with the dates she's called.

"It's disheartening," she said. "Once you've paid that kind of money."

The money went to Greg Stefan Jr. and Greg Stefan Sr. Together they operate a memorial conglomerate that goes by a dozen different names with locations all over the Delaware Valley.

"I just don't know how anybody can come in and take advantage of somebody when they're hurting so bad," she said.

Hitchcock is one of a long list of Stefan's customers who've complained to the Troubleshooters since 2007. One hundred sixty people in all including Barbara Mulhern.

"So there we are, not done again. Seventeen months and counting really," she said.

The Action News Troubleshooters first reported on the Stefan business in 2015 demanding answers from both father and son.

"Can you just answer the questions? Why do you have so many complaints against your business," asked Nydia Han.

"Nydia we've responded to your questions and you don't have permission to film me. I'd appreciate it if you don't film me," responded Greg Stefan Jr.

"What about all the other people who have complaints against your business," asked Han.

"That's all you have to say," responded Han.

In 2015, the Pennsylvania Attorney General filed a lawsuit against the company accusing it, among other things, of failing to deliver in a timely manner.

The company settled in 2018 "agreeing to deliver all goods or services within the time frame specified" or "provide a refund."

But since then, the AG's office said it has received 50 more complaints, which it is reviewing.

The Stefan's have resolved many of the issues the Troubleshooters have brought to their attention. Mulhern's father's name is now engraved on their family headstone.

"But had it not been for Action News I'm sure I'd still be waiting," she said.

Thomas Hitchcock's headstone is installed, too.

"I don't think I would be where I am today without your help," she said.

But both consumers hope their stories serve as a warning for others.

"Truthfully, I don't know why the state hasn't closed him down," said Hitchcock. "I don't understand how he can get away with this over and over and over."

When the Troubleshooters called the Stefan's we were referred to their attorney who said, "My clients deliver memorials and services on a daily basis and they continue to satisfy most of their customers. There are always a few dissatisfied customers... When that occurs, my clients do actively attempt to resolve the issues, including all complaints filed with the AG."

Meantime, the AG's office said it wants anyone who has a complaint against the Stefan's to file a report immediately.

How to buy a memorial