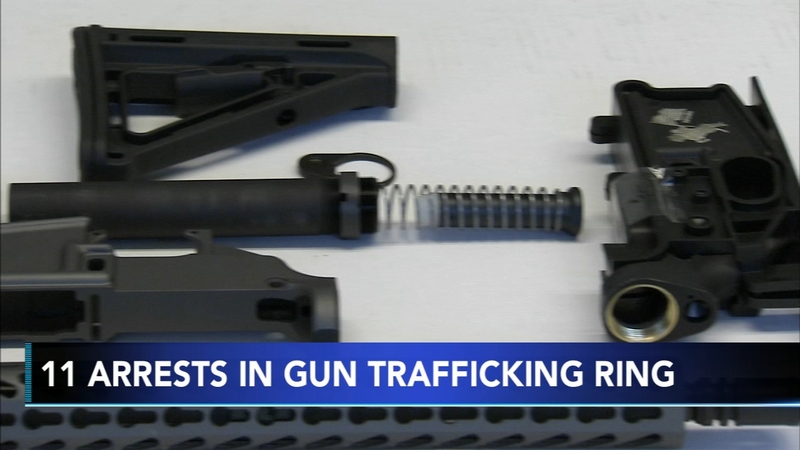 CAMDEN COUNTY, New Jersey -- Investigators say they have broken up a gun trafficking ring that has brought illegal weapons into Camden, New Jersey.

"As prosecutors and law enforcement, we have seen how weapons of war are bloodying the streets of Camden, and we are committed to cutting off the supply lines," said N.J. acting attorney general Andrew Bruck.

The ghost guns are especially concerning because they cannot be traced, authorities said.

The operations were carried out with the help of state police, the ATF, and the FBI.