Jennifer Laddy said she took her dog to Glamour Paws Boutique on Franklin Turnpike in Mahwah.
WABC
By Toni Yates 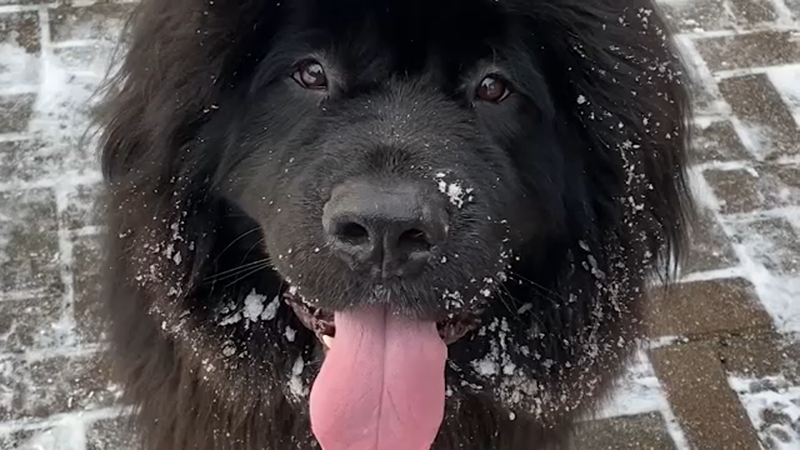 MAHWAH, New Jersey -- A family in New Jersey is devastated after their beloved dog died during a visit to the groomers.

Now they want answers and their community is rallying behind them.

Samson was just a 5-year-old Newfoundland, with at the very least another strong five years more to his expected lifespan.

Nicholas Gritz was driving back from the shore when he was struck by another driver at the intersection of Clems Run and Hardingville Road.

When she dropped him off, she didn't know that would be the last time she would see Samson healthy.

The Laddys explained what happened next between them and Galmour Paws' owner.

"The owner came out and said, 'Oh your dog was hot so we put him out here to cool him off. We put him in front of a vent and we were giving him some water,'" Jennifer Laddy said.

"I called (Samson) and he tried to get up and his back legs gave out," she added.

"I found a towel laying pretty close to him and I used the towel to hoist his back legs up," Stephen Laddy said.

The Laddys took Samson to the vet.

"They took his temperature which was 109.5 at that moment," Stephen said. "Immediately, they had said heatstroke."

"Newfies have two coats and you have to dry them with either cool air or towel dry them, but you shouldn't be using heat on them," Jennifer said.

The couple was told that Samson's organs were shutting down and they had to let him go.

A children's birthday party at a reptile center turned into a bit of a nightmare when an alligator attacked its handler. Watch the bizarre video above.

WABC-TV called and went to Glamour Paws Boutique on Wednesday. The door was shut when someone inside saw the camera.

The Laddys are now joining an effort in the state and calling for dog groomers to be licensed.

The movement was started by Rosemary Marchetto whose dog died eight years ago at a grooming shop.

"The people who are grooming your dog are not licensed. The reason why they aren't licensed - a license doesn't exist," said Rosemary Marchetto, founder of BijousBill.com.