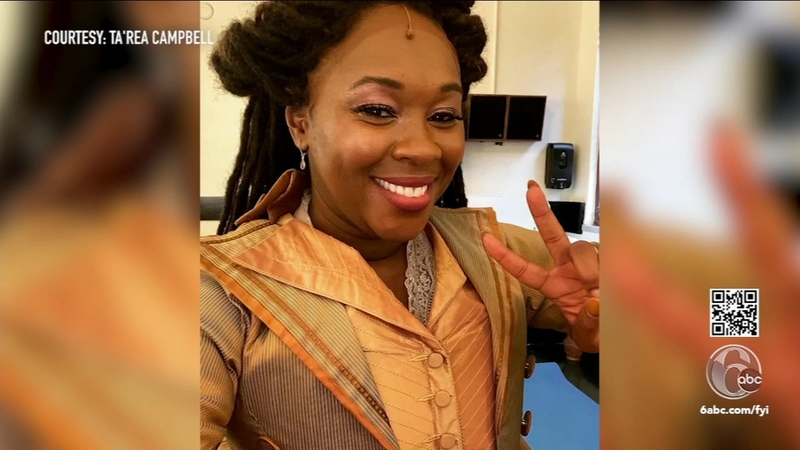 Philly native stars in 'Hamilton' at the Academy of Music

PHILADELPHIA (WPVI) -- Broadway is back on Broad Street, but time is running out to see the blockbuster Hamilton.

It's a chance to see the history of our nation in the place where it happened, and to see a Philadelphia native as one of the stars of the show.

Ta' Rea Campbell plays one of the Schuyler sisters, Alexander Hamilton's sister-in-law, Angelica. She grew up in West Oak Lane and graduated from CAPA on the Academy of Music stage.

Last summer, with theaters shuttered, Disney released Hamilton on Disney+. That seems to have only heightened the interest in seeing the show live on stage.

It has won a Tony, a Grammy, and Olivier Awards, plus the Pulitzer Prize for Drama

The Kimmel Cultural Campus is requiring masks and proof of vaccination for everyone 12 and older. Children under the age of 12 must show a negative COVID test, and the Academy has a new air-purifying HVAC system.

There's also a daily lottery, a ham for a ham ticket, which means you can snag a ticket for just $10 if you're lucky.